VOD film review: The Stolen | Where to watch online in UK | How to stream legally | When it is available on digital | VODzilla.co

Alice Eve stars as a widow searching for her baby in this engaging New Zealand revenge western.

If watching Godless on Netflix has put you in the mood for more female-focused westerns, you could do worse than check out this engaging New Zealand horse opera from writer-director Niall Johnson and co-writer / co-star Emily Corcoran.

Alice Eve stars as Charlotte Lockton, a well-to-do British lady who’s struggling to adjust to married life in 1860s New Zealand. When intruders murder her husband and steal her new-born baby, Charlotte is devastated, but hope arrives in the form of a ransom note, which provides clues to where the kidnappers are holding her son.

Determined to recover her baby, Charlotte pays rugged trader Bully (Outlander’s Graham McTavish) for passage and joins a wagon full of lively prostitutes – including Heather (Gillian MacGregor) and Honey (co-writer Corcoran) – on their way to a small frontier town. However, the journey is fraught with peril and Charlotte realises she needs to form allegiances if she’s going to survive.

Alice Eve makes an engaging and likeable lead, even if the dialogue doesn’t do her too many favours. Similarly, there’s colourful support from MacGregor, Corcoran and Mikaela Rüegg, while McTavish (who maintains his Outlander accent) is good value as Bully and Rocky Horror Show’s Richard O’Brien makes a rare screen appearance as the town’s bar-owner, giving the part a nicely off-beat touch of weirdness.

The film’s strongest element is its tight focus on the female perspective, which considerably heightens the sense of constant threat, not least because the majority of the men are less than salubrious characters. That said, the script doesn’t quite play up the female solidarity element the way it should and there are a handful of wasted opportunities in the latter section.

The other key element in the film’s favour is Alun Bollinger’s gorgeous cinematography, which takes full advantage of the picturesque New Zealand locations and gives the impression of high production values that would otherwise have been out of reach of the project’s budget.

Aside from some ropey dialogue and the occasional continuity error (such as an apparently busy bar seemingly emptying within minutes), the film’s main problem is a coldness in the direction, which leads to a curious lack of emotion, meaning the film never hits quite as hard as it should, despite the dramatic potential inherent in its premise. 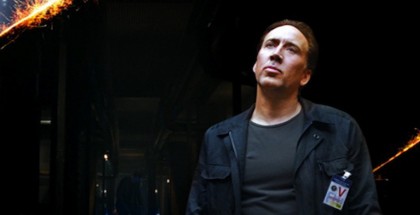