VOD film review: The Seasons in Quincy: Four Portraits of John Berger | VODzilla.co | Where to watch online in UK 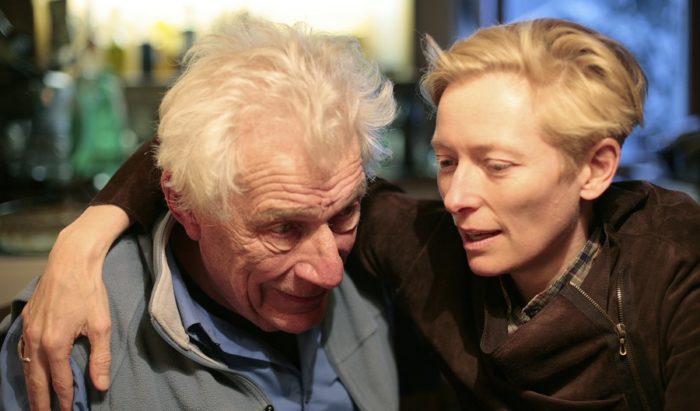 Fans of the Medical Examiner played by Jack Klugman, be warned: The Seasons in Quincy has nothing to do with that Quincy. Rather, this takes its name from the hamlet in France’s Haute-Savoie, where critic John Berger lived a quiet life in his rural home. Berger’s life, though, had a loud impact among ardent consumers of culture, thanks to many decades of sharing his opinions and ideas with the world, from BBC series Ways of Seeing to his writing.

This collection of four films, made before he passed away at the start of 2017, acts as both a portrait of the author as an old man and a tribute to his enduring influence. Our window onto that sphere of influence is Tilda Swinton, who leads this quartet with an opening short (Ways of Listening) that follows her, as she visits her dear friend in Quincy.

Her decision to travel to his home comes after several years of not seeing each other, at which point she felt the urge to reconnect – and the strength of that bond immediately comes across. Even though we spend less than 30 minutes in their company, the chemistry between the pair is endearingly sincere, with Berger acting somewhere between a father figure and a figure of inspiration – and certainly one of admiration and affection. She peels apples and he waxes lyrical, a domesticated couple of kindred spirits, who joke about their connection being a result of having been born on the same date, albeit years apart.

It’s perhaps no surprise that this is the best part of the film, giving Berger a chance to display his natural wit and intellect in a relaxed setting. Charismatic in an unassuming way, he’s soft but sharply considered, the kind of wise, kindly figure that could belong in a Beatrix Potter book. And Swinton, such a dominant, assured voice in her own right, is content simply to enjoy his company. The result is an engaging snapshot of a warm friendship, but The Seasons in Quincy struggles to feel that accessible for the rest of its runtime.

There’s variety in what follows, as Bartek Dziadosz and Colin MacCabe (director of the first film) team up for a short that focuses on his political discussions, and Christopher Roth shoots a more poetic film that examines Berger’s relationship with animals and nature. But neither quite manage to dissect Berger’s views in depth enough to capture why Berger’s work was so treasured – he donated half of his prize money to the Black Panthers when he won the Booker in 1972, but there’s no interrogation of his motivations – nor are they happy to approach him in a conventional enough way to capture his general personality. There’s an inherent presumption behind each stylistic choice that the people watching the movie already know Berger well – much like the people making it.

The result will reward existing fans with an aptly idiosyncratic and thoughtful meditation on one man’s life, but will likely frustrate or alienate those who have only a passing acquaintance with the man. It’s fitting, then, that Tilda Swinton should be the one to return the film to its best in a final segment that sees her teenage kids visit Quincy – a trip that again benefits from its home movie-like quality, as raspberries serve as a reminiscence on his late wife and the chance to ride a motorbike provides a gleeful, sweet reminder of the simple joy in the small parts of the everyday. A little more weight, or a little more of that lightness, and this portrait would feel more like a rich tapestry than a thumbnail drawing.

The Seasons in Quincy: Four Portraits of John Berger is now available on MUBI UK, as part of a £9.99 monthly subscription.

Where can I buy or rent The Seasons in Quincy: Four Portraits of John Berger online in the UK?

Riverdale Season 2 starts shooting: What we know so far