VOD film review: The Kings of Summer | Where to watch online in UK | How to stream legally | When it is available on digital | VODzilla.co

Stand By Me meets Son of Rambow in this infectiously energetic adventure about boys not becoming men.

It is a truth universally acknowledged that a teenager in possession of hormones must be in want of his own private castle. Preferably one far away from his family and in the middle of the woods. The Kings of Summer follows three boys who actually do it.

Joe (Robinson) and Patrick (Basso) are sick of their families. Whether its Joe’s single step-dad (Offerman) or Patrick’s overbearing parents (“My mum reminds me of Blanca”), they’ve had enough. So they set off into the forest to find their own home. Biaggio (Arias) goes with them. We don’t really know why – he’s a bit weird. But all three take a natural delight in banging sticks on pipes and hammering bits of wood together.

“We need cool, mystical names for everything!” exclaims Biaggio. “The trees of destiny…” Jordan Bogt-Roberts shoots everything with a gloriously intimate yet spectacular air, nailing the nerdy wish fulfilment of his fledgling heroes. But Chris Galletta’s script doesn’t just skip around the sunny surface, introducing a love interest to send the trio off balance. It’s a thorny coming-of-age tale with hints of Rob Reiner that gives its lead actors a chance to shine: Nick Robinson’s failed attempts to grow facial hair are laughably sincere, Gabriel Basso’s best friend butch but kind, while Moises Arias’ quirky comic timing doesn’t miss a beat.

More impressively, though, The Kings of Summer creeps away from their castle to follow the impact in the adult world. Alison Brie’s mum, frequently dubbed over by Street Fighter’s greenest contender, is a joy to watch, while Nick Offerman remains one of the funniest supporting performers around as Joe’s struggling dad. Growing a beard to match his impressive moustache, his sarcastic rants get increasingly savage as he sputters and spits with emotion. He’s as funny as Parks and Recreation’s Ron Swanson but, crucially, never once reminds you of him, bringing a surprisingly big slice of melancholy to complement the upbeat enthusiasm of the younger men – a dose of Lord of the Flies to measure out The Goonies.

The result is a rounded, moving and laugh out loud tale of men not becoming men. Ownership, responsibility, destiny, Blanca from Street Fighter. They’re all timely themes to explore: The Kings of Summer wanders through them all before letting them get lost, naturally, between the trees. It feels like Stand By Me meets Son of Rambow, but this delightful piece has a charm all of its own.

The Kings of Summer is available to watch online on Amazon Prime Video as part of a Prime membership or a £5.99 monthly subscription.

Where can I buy or rent The Kings of Summer online in the UK?

Netflix teams up with Sony for new original TV series 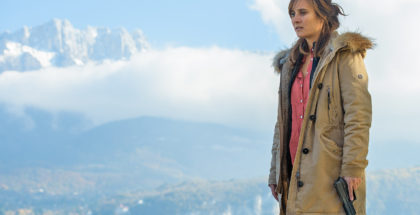