VOD film review: The Internship | VODzilla.co | Where to watch online in UK | How to stream

When Billy (Vaughn) and Nick (Wilson) lose their jobs as salesmen, it looks as though it’s time to put these old cows out to pasture, but Billy, not giving in, signs them both up to internships at Google. Cue a predictable plot about not fitting in and overcoming adversity as they rally their team together to try and earn real jobs at the technology giants.

Despite its obvious narrative, hitting the same beats as many films before it – even Monsters University – The Internship delivers on the laughs. Vaughn and Wilson have obvious chemistry and it’s put to good effect again here, as it was when the two teamed up in 2005’s Wedding Crashers.

Certainly, Billy and Nick share many of the same characteristics as Crashers’ Jeremy and John and while in many cases that could be construed as lazy, you can’t help but keep laughing. Some of the humour may be lost on the younger viewers, but those who grew up before the internet boom should be able to appreciate all on offer.

The film takes product placement to a whole new level, enjoying using the Google brand rather than focusing on the lesser human roles. Rose Byrne is underused as the love interest and leaves us questioning Google’s office romance policy and how their relationship might move forward. Even members of the underdog team could have been fleshed out a little more, showing signs they could squeeze in on the story.

But Vaughn and Wilson take the screen time away from their co-stars. To be fair, they take the Quidditch and run with it, not tiring out even with the film’s lengthy runtime (although half an hour less wouldn’t have hurt).

The Internship doesn’t offer anything new or groundbreaking, but it’s funny and as a comedy, that’s all it needs to be.

The Internship is available to watch online on Amazon Prime Video as part of a Prime membership or a £5.99 monthly subscription.

Where can I buy or rent The Internship online in the UK? 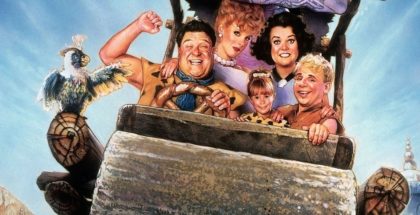