“I’m Burt Wonderstone. But you already knew that!”

That’s Burt Wonderstone (Carell) and Anton Marvelton (Buscemi) on stage at the start of their Las Vegas show. Really? Another comedy about magicians? After Magicians? Yes, but unlike that soporific Mitchell and Webb outing, director Don Scardino’s film has one major surprise up its sleeve: it’s actually funny. Properly laugh-out-loud funny.

Rehashing the same old tricks in front of dwindling audiences, Burt and Anton are yesterday’s news. So they try and come up with something fresh to top their streetwise rival, Steve Gray (Carrey) – and in the process, split up. Soon, Burt finds himself at a retirement home and Anton decides to save the third world – by giving them beginner’s magic sets. All the while, Gray cuts his face open and screams while producing playing cards from the innards.

It’s a brilliantly observed take on the sham showbiz of Vegas and magic – from the gigantic wigs to beds that sleep six people, it’s a world full of stale ideas and shallow spectacle. Even Burt’s assistant, Jane (a sparky Olivia Wilde), is called Nicole for the entire film. Burt Wonderstone is at its best when juggling all these negatives; one scene where Gray and Burt try to outdo each other at a kid’s birthday party is gleefully dark.

But Jonathan Goldstein and John Francis Daley’s script is afraid to go all the way, reigning it in for a predictably sentimental final half. It’s a shame, because the rest of it is really quite excellent. Sight gags and verbal quips all hit their marks, helped by Carrell’s dorky deadpan, Buscemi enjoys the chance to display his natural comic timing, while Carrey steals scenes with some of his best stuff in recent memory – being able to make a David Blaine spoof funny 10 years out of date is no mean feat.

Fortunately, everybody’s favourite token old man appears halfway through – Alan Arkin, continuing to make up for that undeserved Best Supporting Actor Oscar by supporting every single film made in the last five years. Arkin keeps the jokes coming during the middling second act. Then, just when you think Burt Wonderstone’s been lured into average territory, the film pulls one final trick out of the hat – a jet black satirical sting that leaves your jaw hanging open. If the rest of the show was that surprising, this would be a classic. As it is, The Incredible Burt Wonderstone is a fun, but disappointingly formulaic comedy. But you already knew that.

The Incredible Burt Wonderstone is available to watch online on Amazon Prime Video as part of a £5.99 monthly subscription.

Where can I buy or rent The Incredible Burt Wonderstone online in the UK?

Netflix review: The Killing (US) – Season One 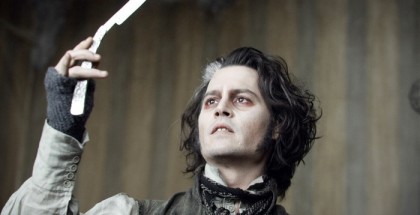