Gears crunch. Tyres screech. Engines roar. But behind the wheel? Not Vin Diesel or one of his angry, accelerating chums, but a woman. In Palestine. It’s a sight that might surprise some viewers, but it’s exactly that reaction that the Speed Sisters are racing to defeat. They’re not just doing it for themselves; they’re driving it for themselves, glittering nails and all.

Amber Fares’ winning documentary charts the success – and occasional losses – of its eponymous racing squad, the first all-woman driving team in the Middle East. They tear it up on the varying street race tracks around Palestine – think converted car parks more than Silverstone – something that Fares captures with energy and enthusiasm, a feeling matched every metre by the women. The film zips along, cutting together the on-wheels and off-wheels segments at one heck of a lick, titles and names flying into the frame with flair.

It’s the struggle that each women face away from the track, though, that really fuels the movie’s engine, from team captain Maysoon trying to lead them to victory to Marah, who has loved the sound of cars since she was a girl, and mechanically-minded Noor, whose persistence makes up for any shortfall in her final rankings. Persistence is the name of the game, as we see the team not just fighting against unfair judgements and societal sexism, but also the sheer financial cost of running a car and doing it up. As much as they may compete with each other, what binds them together is that shared purpose – as Betty, the face of the team and the one who gets the media headlines (“a good advert for the [Palestinian Racing Federation]”), puts it, they win by remaining steadfast in the face of everything.

It’s a particularly pertinent achievement given the wider military context of Palestinian life, which Farse weaves subtly into the background – this may not be Saudi Arabia, where women are not allowed to drive, but sport remains a crucial way for these women to express identity and independence in spite of the economic and practical obstacles that surround them. “It’s uncommon to see girls racing anywhere in the world,” they point out. For one girl’s dad, though, it’s a sight that makes him exceedingly happy. You’ll have much the same reaction. Speed Sisters is fast, furious and heartwarming film-making. 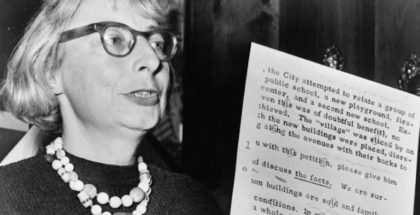