An earthy, Southern Gothic adventure, Jeff Nichols' coming-of-age adventure has a staying power that impresses more the further away you get.

Take Shelter writer/director Jeff Nichols follows up the acclaimed paranoia drama with Mud, a film to avoid if you don’t like characters named after titles – especially when the title could mean more than just a name. Matthew McConaughey plays the eponymous figure, a mystery man on an island all to himself; a Crocodile Dundee of Arkansas, but with fewer clothes. He walks around this small island all day, sometimes with his shirt on, fighting snakes and waiting. Meanwhile, two young kids, Ellis (Sheridan) and Neckbone (Lofland), sail down the river on a motorised boating vessel and treat the island like their own private hideaway.

Away from Ellis’ strict parents, the kids find their freedom, but Mud comes round to see what the noise is. He mixes his threatening demeanour with a likeability that allows the kids, Ellis in particular, to open up to him.

Mud plays out as a sweet film about burgeoning manhood, not just for Ellis but also McConaughey’s stranger, who must face up to his past. Reese Witherspoon does excellent work as Mud’s gal, Juniper, mixing the believability of being in love with the desperation of trying to work out how to stay alive. McConaughey and Tye Sheridan deliver equally strong performances, while Michael Shannon enjoys a more comedic supporting role as Neckbone’s horndog uncle.

Nichols’ direction, as with Take Shelter, is impressive and while the film seems to take a long time to find its groove, like its young protagonist, it’s in retrospect that more is revealed to be going on. Mud may not be heralded as an American Classic but writer/director Jeff Nichols weaves a tale well, with great characters, a clever narrative and several intense set-pieces to boot. Mud has a staying power unlike many movies, one that impresses more the further away from the film you get.

Mud is available to watch online on Amazon Prime Video as part of a £5.99 monthly subscription.

Where can I buy or rent Mud online in the UK?

VOD film review: Love Is All You Need 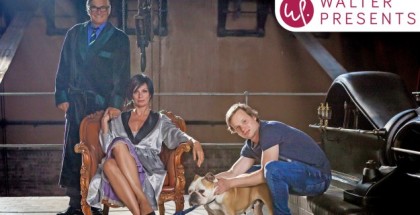