Netflix UK film review: Manglehorn | Where to watch online in UK | How to stream legally | VODzilla.co 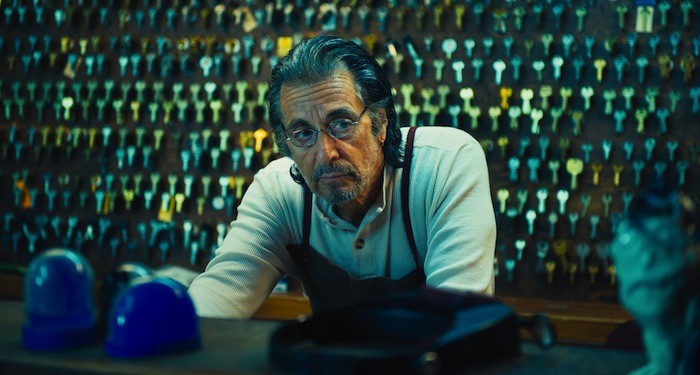 “When I eat beets, they give me diarrhoea.” That’s Oscar winner Al Pacino, star of Dog Day Afternoon, Heat, The Godfather and Scent of a Woman. It’s safe to say that Manglehorn is something of a departure for the screen legend. After years of becoming known, not unlike Nic Cage, for his shouty performances in mediocre films, David Gordon Green’s drama offers him a role of unusual restraint – not unlike Nic Cage, who starred in the director’s last project, Joe.

Green is a curious filmmaker, moving from stoner comedies like Pineapple Express to more reflective pieces, such as Prince Avalanche. He’s acquired a soft spot for oddballs on the edge of society, from Cage’s bearded, angry outsider to Pacino’s long-haired locksmith. In Joe, his lead chopped down trees, while nurturing the growth of a young protege. Manglehorn’s occupation is more pointedly symbolic: at the start of the film, we see him help to rescue a child from a locked car, an operation that leaves him more concerned with the state of the car than anything else. He may be a master of keys, the message is, but he doesn’t like opening up to other people.

Subtle, it ain’t, something that becomes even more apparent as we see him interact with Dawn, a bright glimmer of hope on his horizon. She works at the bank, where their weekly encounters break up his otherwise dour life – an uneventful cycle of drugs and drink (jarring scenes featuring director Harmony Korine), interspersed with scenes of Pacino reading out moping letters to “Clara”, the one that got away.

Hunter and Pacino’s chemistry sparks the dull script into life, introducing a tender tale of fledgling romance during one’s older years. But Green’s free-wheeling structure, which was perfectly suited to the existential daze of Prince Avalanche, allows that story line to drift away into a morose malaise. As a result, our couple are left to blurt out facts about themselves just to remind us they’re there. “I love taking baths,” says Hunter, apropos of nothing. Which brings us to the bit with the beets.

There are flashes of excellence, including one sequence where Green shoots Manglehorn walking past a slow-motion car crash. Red fluids spill out over the bonnet, only to be revealed to watermelons. Manglehorn, though, doesn’t even stop to look. A conversation in a diner is also acutely, painfully observed – the polar opposite to a charming musical moment in the bank.

Throughout, Pacino lives up to excellence of his character’s name, delivering nuance in spades underneath his glasses and greasy wig, but his rare subtlety only reinforces the film’s drab, aimless atmosphere. Manglehorn is a movie that shuffles and stares into the distance with conviction. Sometimes, character studies can be a little too like their subject.

Manglehorn is available on Netflix UK, as part of an £9.99 monthly subscription.

Where can I buy or rent Manglehorn online in the UK?

Netflix to turn Mr. Peabody and Sherman into a TV show 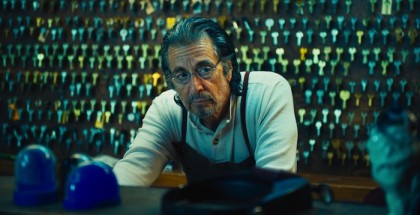