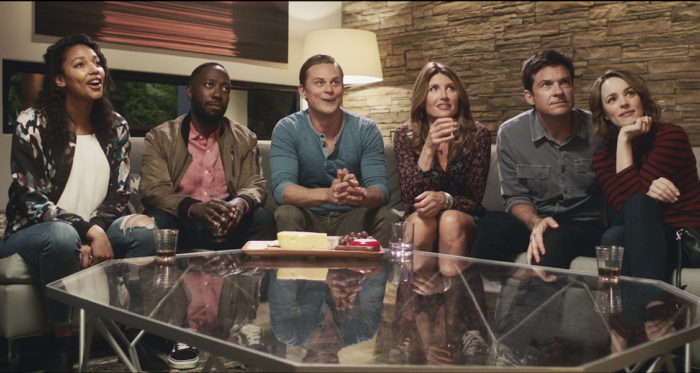 Game for a laugh

From the first five minutes of Game Night alone, you know you’re in for a treat. As competitive quiz night rivals Max (Jason Bateman) and Annie (Rachel McAdams) have a meet-cute, while matching wits over the name of the purple Teletubby, we’re propelled into their whirlwind romance and by the time the opening sequence is over, you’re invested.

A few years later, they’re married and trying for a baby, while also hosting regular game nights for a group of their friends (Billy Magnussen, Lamorne Morris, and Kylie Bunbury) to exercise their competitive streak. One week, Max’s more successful older brother Brooks (Kyle Chandler) comes back to town and announces he’s hijacking one of their friendly gatherings to host something much grander.

Max and Annie are determined to win, but unfortunately, Brooks’ plan for a kidnap-themed scavenger hunt goes awry when his involvement with a very real criminal conspiracy comes back to bite him. As the players gradually realise what’s going on, it will take all of their obsessive game geekery to help them survive the night.

Directed by John Francis Daley and Jonathan Goldstein, the film moves with the same kind of kinetic, mischievous flair as the works of Edgar Wright or Lord and Miller. Sharing a cinematographer with the Jump Street movies, the film is a stunning genre pastiche that really looks the part. Beyond the cheeky camera movements that echo the visual language of games, there are some breathtakingly executed visual gags and set pieces here, and it’s all in service of the comedy.

Too often, action comedies tend to double down on the prevalent mean streak of R-rated Hollywood fare, but one of Game Night’s biggest successes is taking a funny premise, imbuing it with real dramatic stakes and action movie tropes, and still remembering that the laughs come first. Even if it all becomes a little contrived in the last 15 minutes, Game Night manages to get away with it on sheer gusto. It’s an especially nice touch that the score is provided by Cliff Martinez, who usually works with the likes of Steven Soderbergh and Nicolas Winding-Refn. In the same spirit, whenever the film needs an FBI agent or a psychopathic criminal, they’ve cast actors who you could see playing those roles straight in surprise cameos.

Speaking of the casting, the real triumph here are the actors, who get a lot to work with in Mark Perez’s script. Simple as it sounds, it’s ingenious to keep bringing the characters back to their obsession with daft games, because it keeps them all relatable. Bateman is great here, as is Jesse Plemons – on scene-stealing form as a soft-spoken cop who lives next door to the main couple – but the most valuable player is McAdams. It feels like a long time since she was given this kind of chance to be funny, and she takes the script and runs with it, bursting with boundless energy and getting many of the best moments.

It shouldn’t be as rare as it is for a Hollywood comedy to have characters this good. But in contrast to the recent run of over-the-top laughers, such as the Horrible Bosses movies or Office Christmas Party (all of which also starred Bateman), this gets a lot more out of the premise by not leaning so hard on it. Instead, we’ve got funny, likeable characters brought to life by an impeccable ensemble. Even the background running gags, about one of the players trying to guess which famous person his wife once slept with, and Magnussen playing the dumb blonde love interest to a brilliantly exasperated Sharon Horgan, are hysterical in the hands of this talented cast.

Whatever you do, don’t sleep on Game Night. Far from the myriad knockoffs of The Hangover and Horrible Bosses that seem ten-a-penny in Hollywood these days, it’s an uproarious comedy that relies on funny characters, rather than contrived set pieces and improvised meanness. With a great script and an even better cast, it’s the funniest film of 2018 so far.

Game Night is available on Netflix UK, as part of an £8.99 monthly subscription.

Where can I buy or rent Game Night online in the UK? 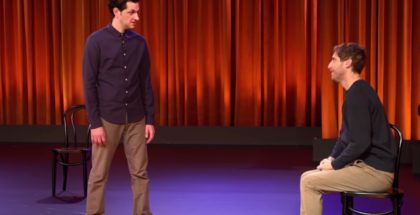 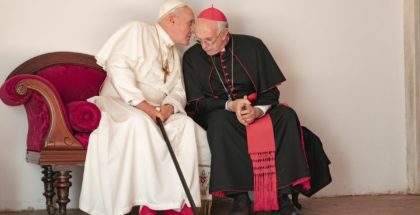 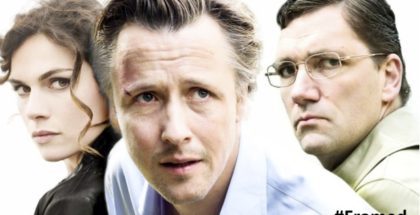