VOD film review: A Monster Calls | Where to watch online in UK | How to stream legally | When it is available on digital | VODzilla.co 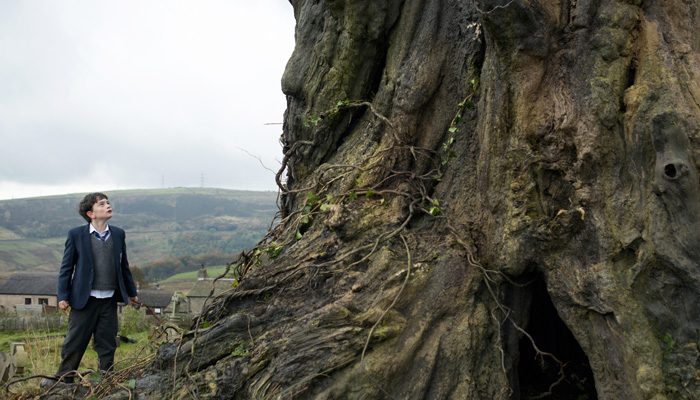 A hugely moving tribute to the profound power of storytelling.

Juan Antonio Bayona confirms himself as one of Spain’s best modern directors with this masterful adaptation of Patrick Ness’ novel, which sees a 12-year-old boy trying to come to terms with his mother’s terminal illness. Lewis MacDouggall is exceptional as the young outsider, with Felicity Jones, Toby Kebbell and Sigourney Weaver all delivering equally brilliant performances as his mum, absent father and outwardly stern grandmother. But it’s the film’s extraordinary special effects that are the real star – or, rather, the blending of the two.

As Conor retreats into his imagination for guidance, Liam Neeson towers over him as a talking, seemingly wise tree. He visits Conor repeatedly at night, telling him three stories on the basis that Conor will respond with a tale of his own. It’s a premise that Conor himself bats away with mocking cynicism, but the tree persists in his bizarre quest. “Stories are wild animals,” he explains. “If you let them loose, who knows what havoc they may wreak?” That belief is backed up with some stunningly tangible set pieces, as the tree’s arrival into Conor’s life literally causes his tragic reality to crumble and quake around him.

The tales themselves might seem like distractions or diversions, but they burst vividly into life in the most engaging way, as Bayona serves up stunning animation that recalls Harry Potter and the Deathly Hallows to convey fantastical fables. They gently serve up the film’s central message: that life isn’t a simple black-and-white case of right or wrong. “Humans are complicated beasts,” observes the tree. “You believe comforting lies, while knowing full well the painful truth that makes those lies necessary.”

Pitched on the precipice between youth and adulthood, and between grief and acceptance, the urgency of such stories is heart-wrenchingly, suffocatingly clear. The result is a hugely moving study of storytelling as a way of confronting existence, as Bayona balances colossal destruction and tender revelations with a confident mix of tragedy and humour. The director’s camera, as always, never stays still, even in the quietest moments, giving everything a constant sense of exciting discovery – it’s these little touches that make him one of the best when it comes to blending scares and sincere sentiment (no wonder he was hired to helm Jurassic World 2). A Monster Calls might earn comparisons with Pan’s Labyrinth or Spielberg’s finest, but from its themes that play out like an inverted The Orphanage and the stylish visuals that recall Penny Dreadful to the sheer heartbreaking wallop that rivals The Impossible, Bayona’s story is all his own. Have tissues ready. You will cry.

A Monster Calls is available to watch online on Amazon Prime Video as part of a Prime membership or a £5.99 monthly subscription.

Where can I buy or rent A Monster Calls online in the UK?

Bloodline Season 3 trailer teases the end for the Rayburns

Stranger Things crowned Show of the Year at MTV Awards 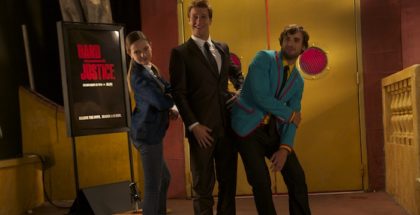