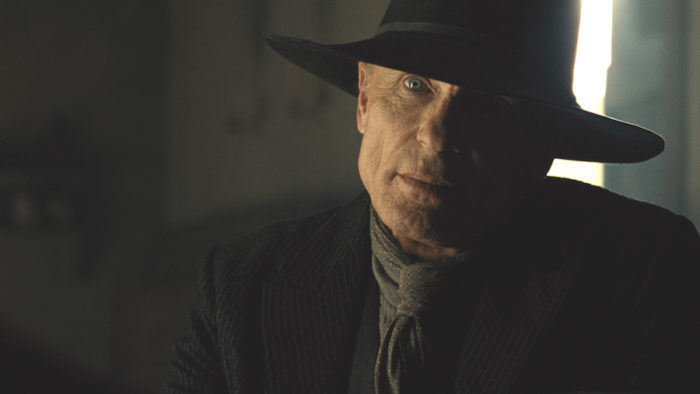 The plot thickens, and purposes are revealed, as Westworld Season 2 lays its cards on the table.

Warning: This contains spoilers for Episode 2 of Westworld Season 2. Haven’t seen it yet? Read our spoiler-free review of the season’s opening episodes, or click here to find out how to watch it online.

“I don’t think I could ever get used to this,” exclaims Dolores (Evan Rachel Wood), as she talks to Arnold (Jeffrey Wright) in a hotel room. They’re far from Westworld, and Arnold and Robert Ford are there to impress some money men. That places them firmly in our real world, a place of skyscrapers and electricity – a world that dazzles wee Dolores, who’s overwhelmed by what we consider to be normal existence. It’s a touchingly naive reaction, reinforced by the fact that she’s speaking a line that’s been programmed by her creators. And that’s enough to bring out Arnold’s protective side, and he refuses to let Ford use her to impress their financiers. Ford complains that he has favourites, but Arnold’s concern only highlights how different he is to the more cynically minded men around him.

Speaking of cynical men, enter Logan (Ben Barnes), the sleazy heir to the Delos fortune and a man who is tired of being pitched by AI, AR and VR tech start-ups (if you were wondering when Westworld was founded, that remark places it around 2018, with the eventual revolt therefore years into the future). A Turing test ensues, with Logan shepherded by representatives of the “Argos Initiative” (no, not the ones with the laminated book of dreams) into a bar full of humans and asked to play spot-the-host. Except, of course, it’s not just his seductive tour guide Angela who’s a host: it’s the whole room. Which is enough to secure Logan’s wallet for Westworld. He celebrates the technological breakthrough the only way this caveman knows how: by having sex with it. 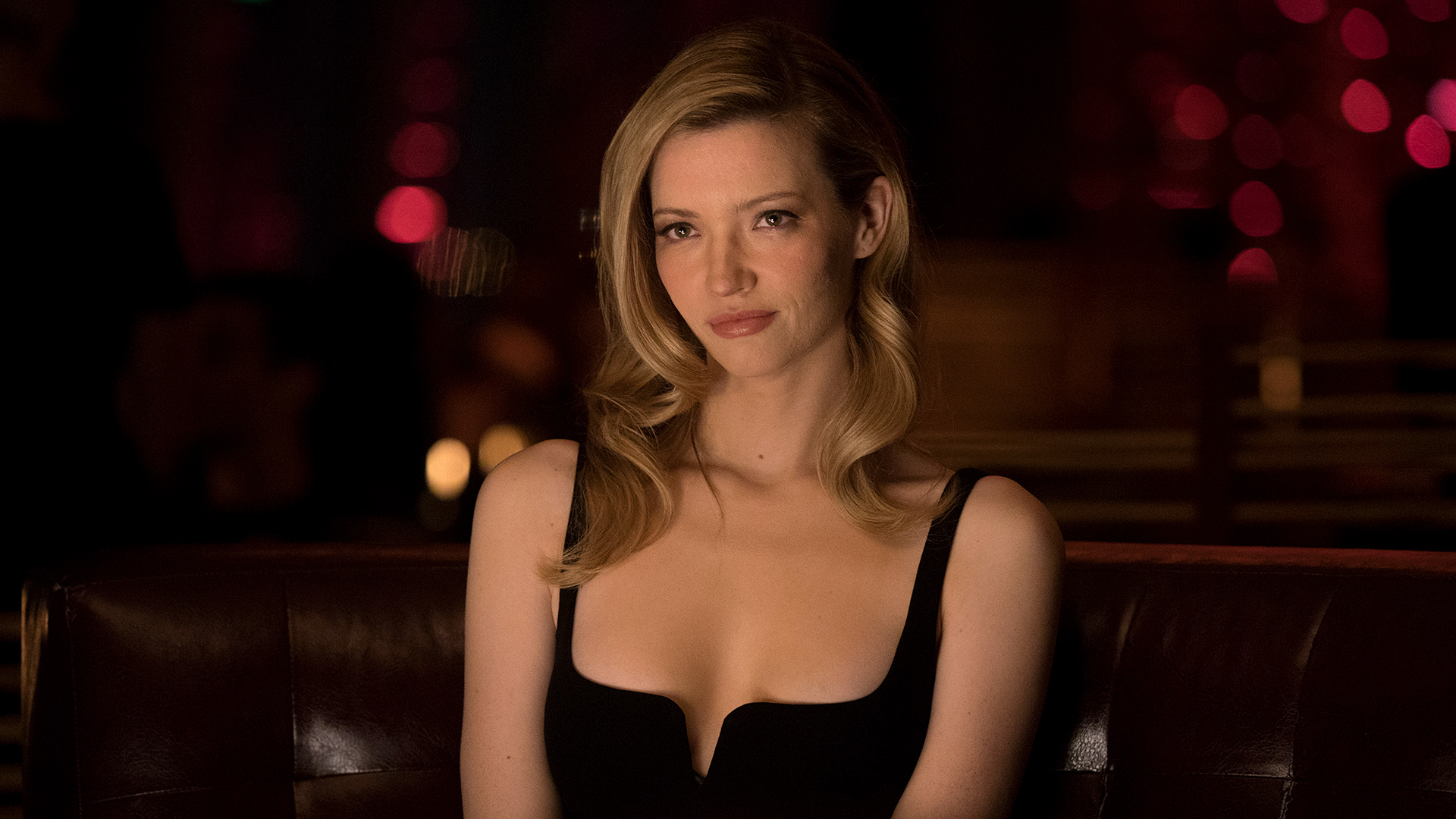 If that’s a dark sign of the violent delights in store for Westworld, as the park becomes a haven for those looking to commit sins without consequence, this episode also gives us a better idea of the park’s real purpose, as William (Jimmi Simpson, making a welcome return) meets up with James Delos (Peter Mullan, making an even more welcome cameo) to sell the theme park to Logan’s father-in-law on a more long-term basis – we presume, at this point, that his son proper has frittered away everything on naughty things, leaving William to play the new, more ambitious heir.

“We spend half our marketing budget on trying to work out what people want,” he argues to Delos Senior, explicitly spelling out the value Westworld has in an age of digital information. “Nobody’s watching. Nobody’s judging,” he continues. “At least that’s what we tell them.”

And so the importance of Peter Abernathy from Episode 1 becomes clearer: a hub of data collected by the park, he’s not just a valuable IP in himself, but an IP that stores information about every human guest that’s ever been to the park. It’s a goldmine for advertisers, not to mention a gift for those looking to blackmail powerful people in the outside world; it’s not just Facebook and Cambridge Analytica that Westworld’s sophomore run is taking a leaf from, but Putin too.

Their conversation marks the point at which Westworld evolves from idealistic tech experiment to corporate venture, and, tellingly, Dolores is there to witness it – she may be frozen in the background, but she’s close enough to overhear their talk, and with her mind opened up in the present day, proclaiming that she remembers everything, perhaps it’s this that she refers to when she says she knows what the park’s ultimate purpose is.

William, of course, has simultaneously become more cynical since his first, innocent trip to the park in Season 1, his descent into immoral nastiness putting him firmly on course to become the Man in Black of the present day. We catch a glimpse of another key milestone in that transformation, as a retirement party proves the ideal chance for him to reconnect with Dolores, and make it clear that he never really loved her, that she actually made him interested in himself – the seed of the idea to turn the park into a data-gathering resource. 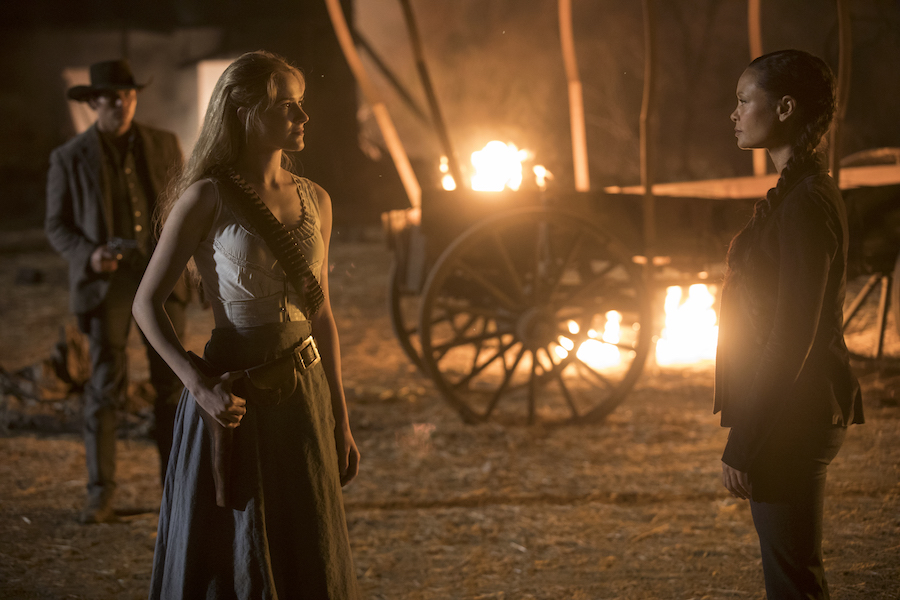 This, however, is only telling us what we already know – just as Dolores’ own comments are becoming a tad repetitive. The show’s struggle in the second season is how to find a mystery surrounding Dolores that can sustain scrutiny and maintain suspense. Indeed, Westworld’s more successful moments come in the less robotic, more natural revolt of Maeve and her hordes – curiously, we’ve only ever seen Maeve (not Dolores) take control of her own vital statistics. And yet Dolores is convinced that hers is the only righteous way forward; this episode sees the duo cross paths, and the interpretation on social media that their fractious exchange (“Revenge is just a different prayer at their altar, darling…”) is a comment on white feminism is one that certainly holds water.

Dolores, though, is still making big strides, although the intrigue in her half of the story primarily stems from the way she awakens Teddy to the horror of what’s going on. James Marsden continues to enjoy the chance to become more woke, seeing pictures of his own corpse, before he was brought back to life again to be the human guests’ plaything. Together, they plan to head for the exit out of the park, and to reach the “weapon” that lies there – and they do so by going head-to-head with Commander Brigham of the confederate army.

If Dolores is moving on rails, the same may be true of the Man in Black, who follows the park’s usual narrative by teaming up with old friend Lawrence. He rescues him, as always, and rides with him to Pariah to rally a force to help take down Westworld. They find themselves in a trap, face-to-face wth El Lazo, who’s played by Giancarlo Esposito – a surprise cameo that leaves you crying out for more of him. Unfortunately, that seems unlikely, as the Man in Black blows his brains out. “The game is for you alone, William,” El Lazo manages to say, enigmatically, before he’s gunned to the ground. But what is the game? The Door is what we’ve been told is his end goal, which seems to put him on a collision course with Dolores. But what are they riding towards? And what is The Door?

On a literal level, it could be simply a portal to the real world – the world that Dolores has seen before and would love to lay eyes on again. But what of this weapon? It could be the ability to unleash all the recorded blackmail data out into the real world, taking down the guests who have enjoyed their violent delights a little too much. Or, perhaps, there’s another, darker (and far more out-there) explanation?

Episode 1 taught us that the line between real and artificial is no longer what can and can’t be replaced – something that’s proven in the flesh by Bernard, who is the living incarnation of Albert, albeit by a different name. “Dead isn’t what is used to be,” muses The Man in Black, before going off on a typically grandiose rant about judgement, waxing lyrical about his determination to fight his way back, appeal the verdict against him and burn the whole thing to the ground. Is he talking metaphorically? Has he somehow been replaced by a robot replicant of himself in the real world? Is that what he means by his “greatest mistake”? Or is it simply that he regrets the park in the first place, having become disillusioned with Delos’ data hoarding after so manny years? Perhaps, after all, some things you simply can’t get used to.

Westworld Season 2 airs in the UK at 2am on Mondays on Sky Atlantic, and is available on-demand after that simulcast. Don’t have Sky? You can also stream Westworld legally on NOW TV, which gives live and on-demand streaming access to Sky’s main TV channels, including FOX UK (Legion) and Sky Atlantic (Billions), for £7.99 a month – with no contract and a 7-day free trial.

Why you should be watching Flight HS13 on Walter Presents 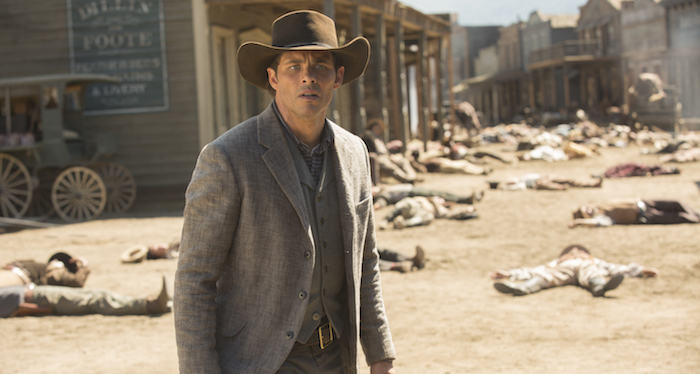 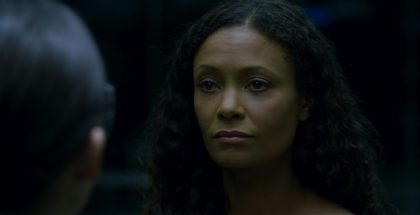 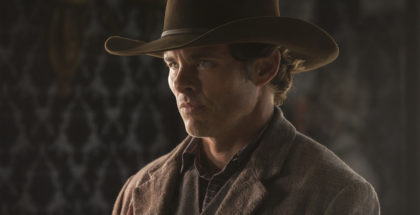