UK TV review: Twin Peaks The Return, Episodes 10 to 12 | Where to watch online in UK | How to stream legally | When it is available on digital | VODzilla.co

Warning: This contains spoilers for the 10th, 11th and 12th episodes of Twin Peaks’ return. Rather than review the show as a conventional series, we’re following the example of the season’s premiere, diving into Twin Peaks every few episodes throughout Season 3.

For anybody who still isn’t sure whether or not Mark Frost and David Lynch’s revival of Twin Peaks is the same series it used to be, there’s a spine-tingling moment in Episode 12 that delivers a Proustian rush to the early 1990s. Hawk (Michael Horse) visits Sarah Palmer (Grace Zabriskie), to check she’s OK after having a mysterious vision in the local store. As they stand on the step of her house, the music, the location, the haunting performances and the imagery (the scariest ceiling fan in television) all cohere in a reminder that, yes, this is definitely Twin Peaks.

Admittedly, two-thirds through, this series continues to be a wild, brilliant and maddening reinvention of what’s possible – indeed, permissible – in mainstream television. It’s utterly uncompromising in its vision, a series where the glacial narrative pace forces viewers to treat each episode in a different way from other shows. This isn’t a show for big revelations and reveals, preferring to tease us with oblique references that may or may not prove relevant.

Until we find out, the pleasure lies in unexpected moments of comedy and cruelty, fear and tenderness. Who would have suspected that Carl Rodd (the great Harry Dean Stanton) would have such a big role, and effectively be the conscience of the series, an elderly observer who can’t stand by when bad things happen? Who would realise that, after weeks of everybody eulogising Kyle McLachlan’s performance(s), he could be kicked into the background while others shine? Even Dougie has been a peripheral presence in these episodes – indeed, in Episode 12, he appears only in a silent, slapstick cameo.

So the emphasis is elsewhere. Richard Horne dominates Episode 10 with two terrifying assaults: one off-screen on witness Miriam O’Sullivan, the other on-screen in a sustained mix of menace, while Johnny Horne’s cuddly companion, a bear with a fish-head bowl, keeps repeating: “Hello Johnny, how are you today?” If anything, that’s a creepier catchphrase than the Woodsman asking “Gotta light?”, because of the chilling realism of the abuse.

Richard’s mother, Audrey, is teasingly keen off-screen. Would she still be in a coma? Would she be withheld until a big showdown at the series’ end? Nope – here she is, in one of the series’ longest, most disconcertingly introductions yet (which is saying something). Unhappily married, shrill and with a potty-mouth not possible all those years ago on network TV, Audrey arrives just to offer more questions. Who is Billy? Why is he missing? What’s the deal with her laconic husband, Charlie? It feels like an homage to the series’ soap opera roots, as well as perhaps the series’ most pointed moment of trolling the audience yet. You wanted Audrey? Here she is.

Set against that is her father, Ben, who, being confronted with his grandson’s crimes by Frank Truman, has a moment of sincere and sad introspection. The best parts of the revival have focussed on familiar characters feeling the weight of the years, looking to atone for past sins, and this is one of the most moving of such scenes.

The other big subplot in these episodes has revolved around mobsters the Mitchum brothers, played to offbeat perfection by Robert Knepper and Jim Belushi. Their revenge against Dougie takes a delightfully likeable turn, and gives Dougie the chance to try some damn good cherry pie. But the real star of the Vegas scenes is Candie (Amy Shiels), dancing to her own rhythm, whether that’s violently swatting a fly or taking her precious time explaining to Tom Sizemore that her bosses would like to see him.

Talking of characters dancing to their own rhythm, the biggest surprise is the love lives of the Blue Rose squad. No sooner has Albert spent a romantic dinner with Jane Adams’ coroner than Gordon Cole is revealed to have a sexy French lady (Skyfall’s Bérénice Marlohe) in his hotel room. The agents’ differing attitudes to their colleague’s trysts is revealing: Cole is a delighted onlooker at Albert in the restaurant, but Albert stands grim-faced, as the lady spends an eternity putting on her shoes and lipstick. With all these sweetness, you might be forgiven for missing that Diane is involved in her own relationship… with Bad Coop. She’s a baddie!

Not that you can hope for too much from relationships in Twin Peaks. Bobby and Shelley are no longer together, their daughter Becky (Amanda Seyfried) has fallen for the abusive, cheating Steven (Caleb Landry Jones), and Shelley’s with Balthazar Getty’s crime boss. It’s enough to make a mad woman impatiently toot her horn while the girl next to her vomits, and Bobby looks on helplessly.

Meanwhile, we learn too late that Bill Hastings (Matthew Lillard) really did love Ruth Davenport, but since he inadvertently opened the gates of hell, it’s time for him to have his head crushed by the Woodsmen. “He’s dead,” Gordon tells us helpfully. 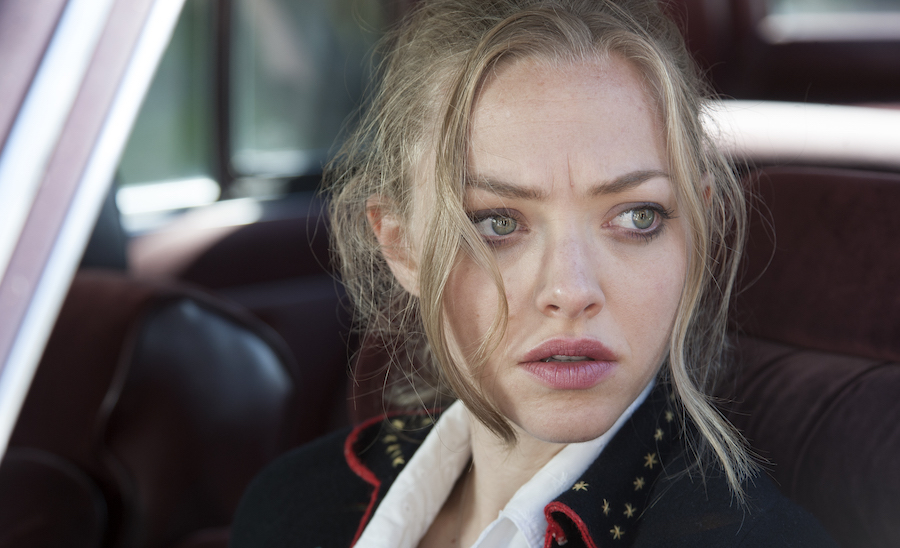 Slowly but surely, the plot is coming together. Paths will converge on Major Briggs’ co-ordinates – possibly another portal into the other place, like the one in South Dakota, perhaps one that will bring the threat of black fire (“You don’t ever want to know about that,” Hawk tells Frank). Meanwhile, Jerry Horne has been wandering, stoned, in the woods for half the series, so maybe he’ll find his way there too. Or maybe he’s just really, really confused, an Everyman figure for those who can’t cope with what Frost and Lynch are doing.

Really, though, these three episodes are in a holding pattern, continuing the brilliant work we’ve already seen without further experimentation. Until Dougie snaps out of it, then the final mission can’t go ahead. So this is the period of the series in which David Lynch is pushing his familiar style as far as it will go, creating indelible sketches as funny, creepy and bittersweet as anything he’s produced. As the series develops, there will be episodes (maybe) that are more on-point when it comes to the ongoing story, but when it’s all over, we’ll be glad that Lynch was given the space to make episodes like these, a tapestry of moods and moments to savour.

Twin Peaks: The Return is available on-demand through Sky Atlantic. Don’t have Sky? You can stream the whole thing legally on NOW, as part of a £7.99 monthly subscription, with no contract. 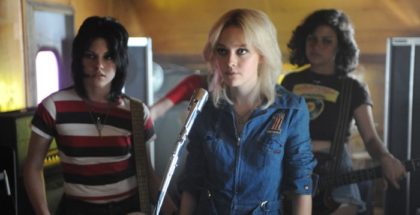