UK TV review: The Walking Dead Season 9, Episode 5 | Where to watch online in UK | How to stream legally | When it is available on digital | VODzilla.co

A near-perfect episode, full of excitement, adrenaline and tears

This is a spoiler-free review of Episode 5 of Season 9. Already seen the episode? Read on for full spoilers following its UK broadcast.

It’s the episode the marketing has been counting down to / hyping up for months: it’s time for Rick (Andrew Lincoln) to wake up and take his farewell tour, not leaving a dry eye in the house. In what feels like it could have easily been the series’ final ever episode, not just the character’s, the Rick Grimes chapter of The Walking Dead closes at the bridge he worked so hard to build. With the herd closing in on him, bleeding and alone, Rick, like the bridge, refuses to go down without a fight. What Comes After delivers a near-perfect episode, full of excitement, adrenaline and tears, only stumbling over in the final five minutes.

What Comes After wasn’t going to focus on much else other than Rick’s final act of heroism, but it does take a moment to close another chapter, as Maggie (Lauren Cohan) faces her fears and confronts Negan (Jeffrey Dean Morgan). To get to him, she has to go through Michonne (Danai Gurira) and what we get is a second consecutive episode of powerful and characterful conversation from both Michonne and the monster behind the bars. Negan was keen to compare himself to Michonne, but after Maggie bashes a roaming walker’s skull in with a crowbar, perhaps he has more in common with the Widow. The Negan that Maggie finds in the cell is not the same person we have seen over the past few episodes, although it is still hard to tell if this is genuine torment going on inside his head or all a clever play to just keep on surviving. Whatever it is, Jeffrey Dean Morgan is still able to deliver and may be just the man to replace Rick at the head of the dinner table.

Where the series has been excelling lately is its strong dialogue and away from Alexandria, Rick is visited by ghosts, as he slips in and out of consciousness. Like Ebenezer Scrooge, Rick must face his past during a conversation with old partner Shane (Jon Bernthal), his present with Hershel (the dearly departed Scott Wilson, whose passing makes this scene eerily more apt) and his future, or the future of the communities with Sasha (Sonequa Martin-Green). These add more value to the finality of the character and it’s really good to see the old faces, even if the premise is a little trite.

For those final moments on top of the bridge he worked so hard to build, there aren’t enough words or tissues that can express the emotion given off by the struggle of Daryl (Norman Reedus), Carol (Melissa McBride), Maggie and Michonne as they helplessly watch. It’s evident that both the on and off-screen bond these people have formed over the years is like that of a family and Daryl’s quivering lip could easily be genuine. What Comes After provides a perfect ending to Rick Grimes’ time in the zombie apocalypse… just as long as you turn off five minutes before the episode ends.

What the final five minutes brings is the real new chapter for The Walking Dead. Season 9 opened with a time jump, but our heroes were still living with the consequences of what happened. This ending is a new beginning, a fresh start in the post-Rick Grimes era. But instead of letting the viewer close the book and mellow in the memory of the character and actor who has carried the weight of the show on his shoulders for eight and a bit seasons, we are forced to keep reading – and suddenly, his memory seems so distant. It’s an obvious hook for the future that is to come, but if the episode wanted to score a perfect rating, it would have ended when Daryl walked off into the woods having seen his friend on the bridge that signified his vision and future for the last time.

Honestly, how could Rick ever trust that horse again? Having been the one to throw him onto that rebar and then not lift a hoof to help him! Once Rick is back in the saddle, the wretched thing tries to rear him off again. Luckily, Rick is able to hang on and luck really is on his side throughout the episode.

The opening scene of Rick talking to himself in a hospital bed may not have been what we initially thought. Supposedly, it was a throwback to when Rick first woke up from his coma in hospital, but outside the window was not what was there in Season 1. Instead, this could be Rick in the hospital bed of where-ever it is he and Jadis (Pollyanna McIntosh) have ended up.

This was our biggest disappointment in the entire episode. In fairness, the marketing material just said it was Rick’s last ever episode, they never said anything about killing him off, but it is still a punch to the gut at having been on such an emotional journey with Rick, not just in this episode but over the course of the series, to have him survive and jet off somewhere mysterious. It’s more distressing to hear that Andrew Lincoln will still be Rick Grimes in some upcoming movies being made by AMC, which really lessens the impact, after such a heart-wrenching episode.

Not to take anything away from the stellar dream sequences, it would have been so much more poignant had Lori or Carl shown up. Still, the sheer nerve of Shane to suggest it is his family Rick is looking for, and that Judith is his daughter, was fantastic and the fast-cut scare even more so. It’s a reminder of how well everyone has been able to play off Rick Grimes over the years and how he’s given us everything.

We have a new Judith. Cailey Fleming has taken up the mantle of “Lil’ Ass Kicker” and she looks like she isn’t messing around. Rescuing a new bunch of characters who will help freshen up the line-up, with a mini katana, revolver and, of course, a Sherriff’s hat, Judith looks set to replace the comic-book Carl in a number of upcoming storylines.

With older Judy, the time jump looks to be around five or six years. Will Michonne have finally got some laws into place and will Negan still be rotting in that cell? There are three episodes left before the mid-season break and a lot of questions to answer. Like, why hasn’t Rick come home? 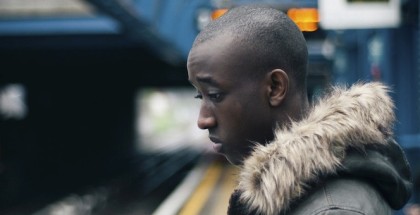 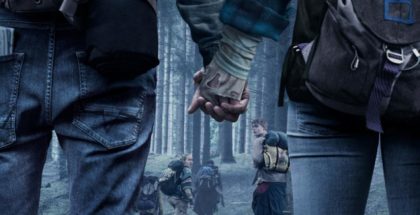