VOD film review: The Hitman's Wife's Bodyguard | Where to watch online in UK | How to stream legally | When it is available on digital | VODzilla.co 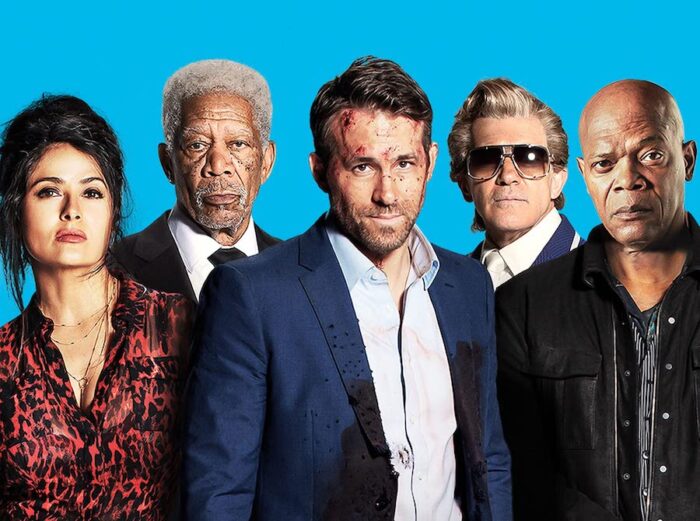 “You need to forget bodyguarding for a while and find happiness within.” “Within what?” That’s the sound of Ryan Reynolds stepping back into the shoes of Michael Bryce, former triple-A bodyguard and the star of 2017 action comedy The Hitman’s Bodyguard. But while his comic timing is still spot-on – and his therapist is promisingly played by The Thick of It’s Rebecca Front – this unlikely sequel struggles to hit its mark a second time round.

Also returning is Samuel L Jackson as Darius Kincaid, the assassin whom Michael helped to protect in the first film so that he could testify in court against a dictator – but only after Michael helped him break his wife, Sonia (Salma Hayek), out of prison. At the start of this second outing, Darius is the one who needs rescuing (from the mafia) – and so Michael’s brief moment of sun-drenched relaxation is interrupted by Sonia demanding that he help them once again. She does this while shooting lots of people and talking about her desire to become a mother.

The first film coasted along on the chemistry between Reynolds and Jackson, leaving little room for Hayek to do anything. It’s a welcome change to the formula, then, to turn the double-act into a trio and bring Sonia centre-stage – except that she’s still stuck with a lazy, fiery stereotype. She’s announced here as a con artist and gets a backstory that could add some depth, but she’s repeatedly objectified by everyone around her, including this film’s big bad, Aristotle (Antonio Banderas).

Hayek is clearly having a ball, turning some of the laziest dialogue into throwaway absurdities, but she can only elevate the material – from screenwriters Tom O’Connor, Brandon Murphy and Phillip Murphy – so far. That her and Jackson’s warped romance is so strangely believable is testament to the cast rather than the writing. The same is true of Reynolds and Jackson’s relationship. The pair remain a strong odd couple, but here are mostly reduced to swearing a lot, while the crass script spends all its time trying to up the complexity.

And so we end up with a plot involving a Greek criminal determined to wreak revenge against the European Union for the financial sanctions that impacted Greece’s economy – yes, really – and a cameo from Morgan Freeman that starts off amusingly light-hearted but gets bogged down in its own attempted seriousness. Even the always-excellent Frank Grillo can’t redeem things as an Interpol agent who’s lumbered with a cheap joke about a Scottish name that doesn’t bear repeating. A scene-stealing turn from Tom Hopper as a rival bodyguard, meanwhile, suggests an entirely different sequel that could have been made with much more potential – and a much better focal point for action, rather than the crowded, low-stakes set pieces on offer here.

The Hitman’s Bodyguard was a shallow but surprisingly enjoyable affair, after its script was hastily rewritten from a straight-faced thriller into a comedy. The Hitman’s Wife’s Bodyguard is an overbaked and undercooked reunion that forgets the original blockbuster was entertaining because it knew to rely on its stars rather than its brains. Finding happiness within isn’t on the cards.