Can a show set in Batman’s world still be compelling without Batman? For now, the answer is yes.

“Before Batman, there was Gotham.” So reads the tagline to the latest series to take ownership of The Dark Knight’s world, this time with the proviso that the iconic hero won’t feature, an idea that was understandably met with no small amount of apprehension. Yet, as Christopher Nolan discovered to winning effect in 2005’s Batman Begins – the influences of which are still evident in superhero origin tales today (see Arrow) – there is often much to be mined from the unexplored.

And as unexplored angles go, focusing on the rise of fan-favourite James Gordon in a pre-Batman Gotham City is one that’s rife with potential. When you add in the opportunity to get a look at the early years for some of the franchise’s most famous criminals, a Batman-less show starts to sound like an attractive proposition. Although approaching it in this manner will likely mean veering from the beloved source material, when it’s done well, fans have always responded in kind. Thankfully, though there are a few kinks which need to be worked out, Gotham’s pilot does just enough to leave a satisfying first impression.

What’s immediately apparent is how well Gotham nails Gotham; from the effective opening shot onwards, the city feels like a character, at once reminiscent of Tim Burton’s gothic milieu with a dash of the Nolan trilogy’s modern sheen. Small touches like a newspaper headline that reads “Crime wave of the century” only add to the world, efficiently explaining what the Police Department is up against.

Doing his best to combat that crime is Detective Gordon (Ben McKenzie), here depicted as a young rookie detective determined to do the right thing, no matter how hard it may be. Conversely, his partner Harvey Bullock (Donal Logue) has long since settled for doing what’s easiest. There’s not much time in this episode to get to grips with the complexities of their relationship, but McKenzie and Logue already have good chemistry with one another. That said, the duo are saddled with the bulk of the clunky dialogue; this is especially a problem in the scenes between Gordon and a young Bruce Wayne (an effective David Masouz), where it feels like Gordon’s righteousness is a little overplayed.

The same could be said of Gotham’s criminal element, who include up-and-coming crime boss Fish Mooney (a delightfully over-the-top Jada Pinkett Smith) and Carmine Falcone (The Wire’s John Doman). Easily the standout in this regard, though, is Robin Lord Taylor’s Oswald Cobblepot, who will, of course, come to be known as The Penguin. Watching him claw his way to the top of the criminal ladder will doubtless be one of Gotham’s highlights.

As with any new TV show, there are a few issues which need to be ironed out. In a universe as popular and well-known as Batman’s, the temptation to drop in Easter eggs is undoubtedly hard to resist. That’s absolutely fine, but it has to be exercised in a classy manner. In the first episode, we already have characters needlessly taking on their future villain names and traits. The same holds true for the show’s treatment of young Bruce; teasing his destiny each episode will grow tiresome quickly, just as the constant hints about Agent Coulson’s unexplained resurrection in Marvel’s Agents of S.H.I.E.L.D. grew stale.

Still, the good outweighs the bad in this solid first outing. Can a show set in Batman’s world still be compelling without Batman? For now, the answer is yes.

Gotham is available on Netflix UK, as part of an £8.99 monthly subscription.

Where can I buy or rent Gotham online in the UK?

VOD film review: A Million Ways to Die in the West 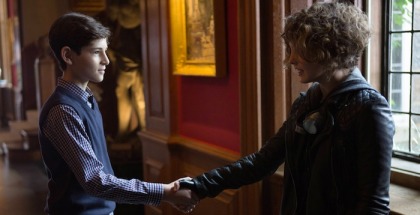 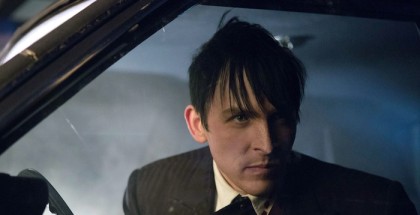 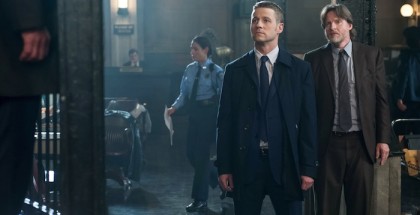 Gotham will be available to watch online on Demand 5... August 6, 2014 | Staff Reporter 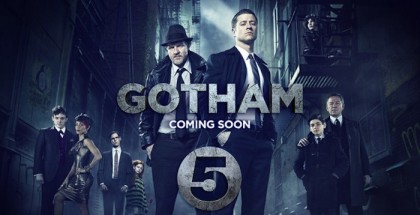