Netflix UK TV review: Gotham Episode 12 | VODzilla.co | Where to watch online in UK | How to stream 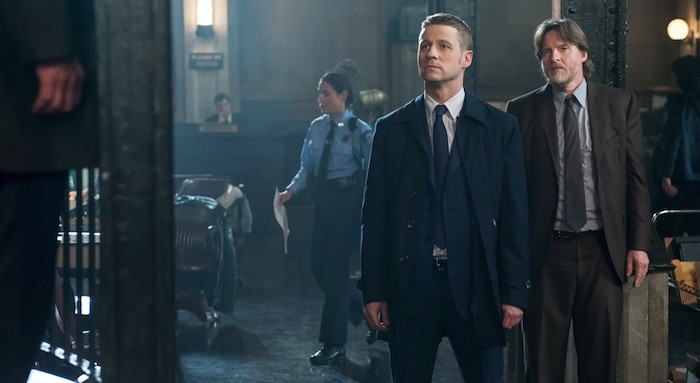 How Gordon got his groove back

If there’s one word that could be used to sum up Episode 11 of Gotham, it would be “dull”. Thankfully, the same doesn’t hold true for What the Little Bird Told Him, a much improved hour that notably pushed forward multiple significant plot threads. No need for the d-word – and no surprise that Channel 5 decided to show these two episodes back-to-back after the mid-season break.

We mentioned in our previous review that Gotham has a knack for casting quality guest stars and bringing back Christopher Heyerdahl’s Jack Buchinsky, aka. Electrocutioner, from last week paid off in dividends. Buchinsky was hiding in plain sight for the vast majority of Rogues’ Gallery but there are no such illusions here, and Heyerdahl brings a hefty dose of menace to the role. Here’s hoping we’ll see him again soon.

The title of Episode 13 is Welcome Back, Mr Gordon, but that heading could easily apply here too. It feels like it’s been a while since we’ve seen our detective assert himself like he does here, using his smarts to come out on top against both Electrocutioner – although it made for a somewhat underwhelming apprehension after a great build-up – and Commissioner Loeb. It was a refreshing change from the Gordon we’ve gotten recently, and the newfound confidence extended to his relationship with Leslie Thompkins. While the relationship is progressing far too quickly for our tastes, Baccarin and McKenzie remained easily watchable. As for Gordon’s former lady friend, Barbara popped up in an entirely superfluous scene with her parents. So that happened.

Giving Barbara a run for her money in the weird and irritating department was the ever-developing relationship between Nygma and Miss Kringle. We haven’t really commented on it that much in past reviews, but it has never clicked for us; no matter when they give it screen-time, it feels very far removed from the rest of the show.

Another character who finally seemed to get back to his old self this week was Falcone. After what felt like an eternity of build-up, Fish finally made her move, and it backfired on her thanks to Penguin’s timely intervention. Pulling the trigger on this plot development gave Falcone some welcome purpose again and also makes it immediately intriguing to see how he would deal with her betrayal. Doman and Smith have rarely been better than in the confrontational scene, suggesting more history between their characters than what’s been shown to us thus far.

While the episode saw the return of Falcone and Fish, Bruce, Alfred and Selina were still conspicuous by their absence. This was the second consecutive hour in which they failed to appear, but the strength of the episode meant they weren’t missed. And that, readers, is progress.

Gotham is available on Netflix UK, as part of an £8.99 monthly subscription.

Where can I buy or rent Gotham online in the UK? 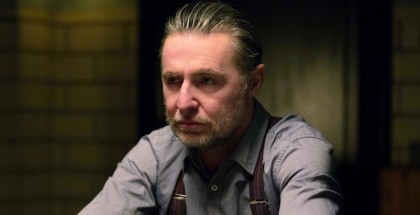