True Crime Tuesdays: The Widower | Where to watch online in UK | How to stream legally | When it is available on digital | VODzilla.co 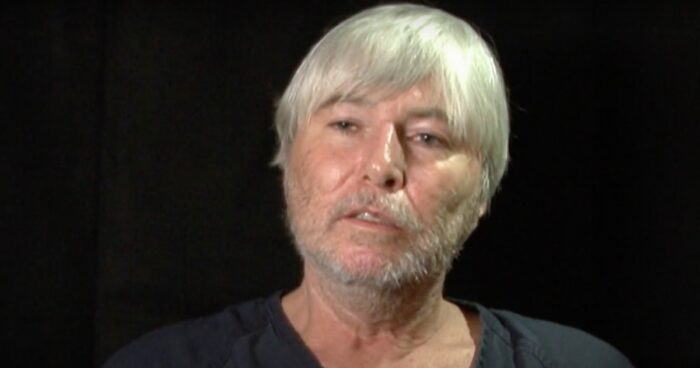 NBC’s Dateline, the long-running series which covers everything from breaking news to true crime, is known for its fast pace and a general air of tackiness. It’s now branching out, for the first time, into the more popular long-form true crime format. This three-part, three-and-a-half-hour series, filmed over the course of a decade, tells the unnerving and sinister story of Thomas Randolph. It’s a complicated and intricate narrative which benefits from the remarkable access the filmmakers have to the police, the lawyers, the victims, and, ultimately, the perpetrator.

Producer Dan Slepian was originally tipped off to the story by a contact in the LVPD, the day after they received a 911 call from Randolph in May, 2008. Having returned to their house in the suburbs of Las Vegas after an evening out, Randolph claimed that his wife, Sharon Causse, had been ambushed by an intruder, Michael Miller, who shot her in the head. He further claimed to have been able to shoot and kill Miller as he was fleeing. Almost immediately, the cops knew that something wasn’t right, but they weren’t prepared for the twists and turns their investigation would take.

When it’s discovered that Randolph has been married a total of six times, and that four of his previous wives had died – two others in suspicious circumstances, and with large life insurance pay-outs – the filmmakers join the police as they travel state-to-state to interview friends and family of the deceased women. They also track down former acquaintances of Randolph, who tell police they were groomed to murder his previous wives in the exact same way, apparently, that he groomed Miller to kill Sharon Causse.
Slepian is constantly by the detectives’ side to capture everything on film, from Randolph’s police interviews and his extraordinary “reenactment” of the crime to his arrest, when he was tasered at his front door and pulled through the snowy Vegas streets in his underwear. Even the conversation inside the police car is filmed, as Randolph complains about his treatment at the hands of law enforcement. It’s all left to unfold without the sensationalised narration that Dateline is synonymous with. Instead, lead detective Dean O’Kelley recounts the events, via interviews in the present time. There is, it seems, no need for voice-over when the main investigator is so camera-friendly.

The filmmakers immediately began taping interviews with Colleen Beyer, daughter of Sharon. Five months pregnant when her mother was killed, we witness her initial grief and confusion, leading very swiftly to anger as she realises Randolph’s involvement. The production team are there when she encounters Randolph as she is clearing out the house in which the murders were committed, her fear immediately obvious. This fear only grows as she discovers the extent of his past, and as Randolph is allowed to walk free while the LVPD investigate. As it cuts from interviews with her in the present day – a slim, self-possessed woman who clearly still struggles with the death of her mother – the contrast between the plump, fresh-faced version of her in 2008 is stark, emphasising the passage of time, the toll the years have taken on her, and her lack of closure as Randolph manages to evade justice time and time again.

The final episode gives much airtime to Randolph, who, imprisoned and awaiting trial, films many interviews with the production crew. While Slepian has, in interviews, compared him to Joe Exotic, the “Tiger King”, this is being somewhat generous to a man who, thanks to his supreme narcissism, can’t help but repeatedly demonstrate what a loathsome character he is. These interviews are hard to stomach, almost nightmare-inducing, but they do succeed in giving the viewer an insight into the arrogance with which such men think they will get away with murder.

In many ways, the series is reminiscent of the recent Netflix documentary American Murder: The Family Next Door, which edited together social media postings and non-professional footage to build a picture of a family annihilator. It’s not hard to imagine a world in which everything is captured for posterity, and the form of true crime documentary that will follow – a selection of contemporaneous fragments of peoples’ lives, allowing us an unnerving, immediate entry to their world. If Dateline can pull more of the same out of their archives, slow it down and cast off the shackles of the quick editing and voiceover, it will doubtless have access to a true crime goldmine. This could well signify the start of them stepping towards a more prestige, long-lasting form of documentary.

Brassic Season 1 is available on Sky Max. Don’t have Sky? You can also stream it on NOW, for £9.99 a month with no contract. For the latest Sky TV packages and prices, click the button below.