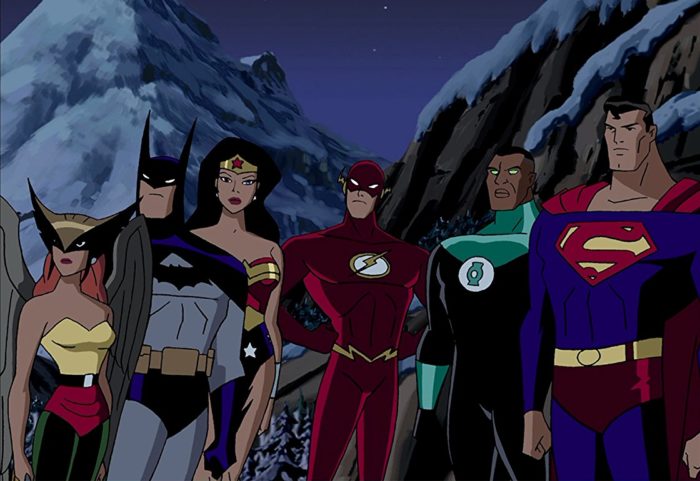 Created by DC animation gurus Bruce Timm and Paul Dini, the Justice League series ran for two seasons between 2001 and 2004. It then received a few tweaks and alterations to the format and became Justice League Unlimited, running for a further three seasons between 2004 and 2006. Having already established Batman and Superman in their own animated shows, Justice League was an opportunity for the DCAU (DC Animated Universe) to introduce a wider range of heroes and villains from the comics, as well as exploring a sophisticated array of stories and ideas.

Between the quality of the animation, the superlative voice work and the imaginative scripts, there are no bad episodes in the Justice League series, even in Season 1, where the show is arguably finding its feet. Below, we’ve picked five of the best episodes to give an overall flavour of Season 1 and we’ll be doing the same for the other seasons in future months.

Note: The stories in Season 1 are all two- or three-parters, so each entry spans multiple episodes.

The three-part opener introduces the core line-up of the first two seasons: Batman (definitive Bat-voice Kevin Conroy), Superman (George Newbern, replacing Tim Daly from the Superman animated series), Wonder Woman (Susan Eisenberg), The Flash (Michael Rosenbaum), Green Lantern (Phil LaMarr), Hawkgirl (Maria Canals) and the Martian Manhunter (Carl Lumbly, recently seen on Supergirl playing J’onn J’onzz’ father). The story involves an invasion of Earth by Martian shape-shifters, allowing for riffs on Invasion of the Body Snatchers, War of the Worlds and even The Thing (a scary bit with a dog). Early in the story, Superman and Batman meet the Martian Manhunter, who telepathically summons Green Lantern, The Flash, Wonder Woman and Hawkgirl to join the battle. The telepathic summons conceit means the episode skimps a little on background for some of the characters, but it delivers plenty of exciting superhero action, with the scale of the invasion more than justifying the formation of the group. The Flash is a little obnoxious in his first appearance (especially in his interactions with Wonder Woman and Hawkgirl), but he does get in a great line referring to the ’70s TV show, when Superman suggests they form a super-group. “What, like a bunch of Super-Friends?”

With the Justice League headquarters being a space station (The Watchtower) and several aliens on the team, it makes sense that some of the team’s adventures will be set on different planets. War World is a great example of that and an excellent Superman story to boot. While on a space mission with J’onn, Superman is abducted by extraterrestrial slave traders and forced to fight in a gladiatorial arena on War World, a savage planet ruled over by the tyrannical leader Mongol. Meanwhile, Green Lantern, Hawkgirl and J’onn attempt to rescue him. As well as giving Superman some equally matched adversaries to fight, the episode is notable for the testy beginnings of a relationship between Hawkgirl and Green Lantern, something that would be developed throughout the show’s run, even if they don’t like each other all that much at this early stage.

With seven core characters to play with, there’s a real sense of the Justice League producers experimenting with different pairings in the early episodes. One of the most successful partnerships is The Flash and Green Lantern, who team up in the first half of The Brave and the Bold to fight telepathic ape Gorilla Grodd (one of the all-time great Flash villains, voiced by Powers Boothe). In addition to introducing classic comics staples such as Gorilla City, the story is also one of the funniest and weirdest Justice League outings. Highlights include riffs on King Kong and Planet of the Apes (“Get your stinking paws off me, you filthy human!”), plus a richly imaginative hallucination that cleverly references different distorted images of the Flash from various comic covers, such as overweight Flash, big-headed Flash, puppet Flash and monkey Flash.

A team of great superheroes needs an equivalent team of great supervillains and Injustice For All delivers that in spades. After discovering that he’s dying from Kryptonite poisoning, Lex Luthor (Clancy Brown) hires a group of villains – dubbed The Injustice Gang – to destroy the Justice League, including Cheetah (the villain for the Wonder Woman movie sequel), Star Sapphire, the Shade, Copperhead, Ultra-Humanite and Solomon Grundy, with the Joker (Mark Hamill) also joining, without an invitation. Intended as a way to give each JL member their own equivalent villain, the story ends up being a great showcase for Batman, who’s wary of the fact that he’s the only member of the League without superpowers. He ends up getting captured, but still manages to outwit the entire Injustice Gang on his own, despite being strapped to a post for almost the entirety of the second episode. Wiles, you see? Bat-wiles.

Season 1 of Justice League closes with this brilliant three-parter featuring the immortal tyrant Vandal Savage (Phil Morris). When the Justice League return from a mission in space, they find the Earth ruled by Savage and Batman replaced by an alternate version, who’s become the leader of the resistance. They discover that Savage has fed information to his past self in the 1940s, allowing him to take control of the Nazis and win the war with advanced technology. With Resistance Batman’s help, the heroes travel back in time to stop Savage and end up fighting Nazis alongside classic DC military characters the Blackhawks and Sgt. Rock and Easy Company. Alongside the exciting time travel and WWII action (to say nothing of Frozen Hitler), the story finds room for powerful emotion, both in the notion of sacrifice and the touching relationship between Wonder Woman and airman Steve Trevor (Patrick Duffy), her long-time love interest in the comics. The final scene of the story (and of Season 1) is pure perfection. Watching this, it’s easy to understand why DC fans were so disappointed by Savage’s depiction in the first season of Legends of Tomorrow. At least Justice League gives him his due, cementing his position as one of the all-time great comics villains.

Justice League: Season 1 and 2 is available to watch online on Amazon Prime Video as part of a £5.99 monthly subscription.

Where can I buy or rent Justice League: Season 1 and 2 online in the UK? 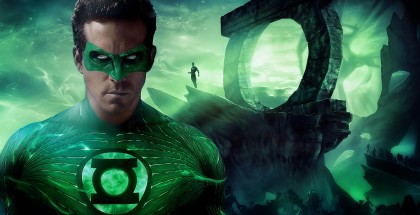 Constantine now available to watch online in the UK on Amazon Prime – ever... October 25, 2014 | Staff Reporter 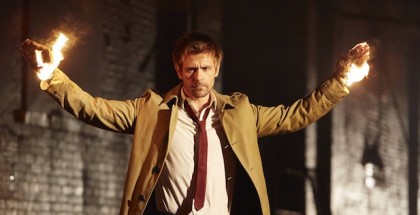 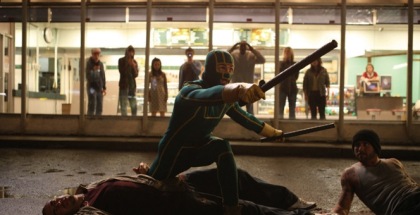