Debbie can’t even clean the house without being summoned by the elders this week, and while Yonderland stands in peril more than ever, Debbie really needs to hoover up. This leaves only one option: Elf is thrust into Debbie’s house to do the menial work, while the Chosen One helps an inept and idiotic king go on a quest.

On the other side of Yonderland, Negatus and his minions are having a little celebratory soiree over what they think is the end of the Chosen One’s appearances in the land, but festivities come to a stop quickly when it’s revealed that Debbie’s very much still around.

A mix of chase, quest and silly skits, Yonderland nods to the continuity of the last few weeks while allowing a self-contained adventure to take place, one that includes an annoyed servant, a serenading song and some solid physical comedy involving a tree. What could easily be an inconsequential episode of TV is elevated by some real rib-ticklers, plus further running jokes about puppet engagements that seem to find ways to feel meaner yet funnier as they go on.

The funniest stuff comes from the brief glimpses of Elf doing the washing and dishes, but Jim Howick’s idiot king is very enjoyable to watch, as is Laurence Rickard as his ever-faithful, sarcastic servant. They play off one one another very well, as they do with Martha Howe-Douglas, who gets a lot more time in the comedic sun this week than she has for a while. Not just forcing plot along, Debbie gets out plenty of lines and moments herself and Negatus’ adventure with his hench-puppets is full of fun to boot – but alongside the laughs, a really solid narrative climax makes the entire episode feel perfectly complete. The show is certainly growing from the craft of sketch to sitcom week to week, and Episode 6 finds a neat balance in adventurous fun and super silly gags. This is perhaps the most wonderfully bow-tied a Yonderland episode yet.

Yonderland is available to stream with a NOW TV Entertainment Pass, which costs an introductory price of £4.99 a month with no minimum subscription length. (From 29th May 2014, this renews at £6.99 per month.) 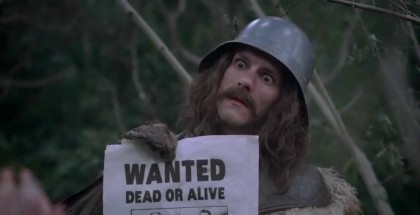