VOD film review: The Christmas Bunny | Where to watch online in UK | How to stream legally | When it is available on digital | VODzilla.co

There’s a variety of things to begin with when discussing The Christmas Bunny, but let’s begin with the lovely poster that shows a rabbit caught up in Christmas lights, causing a right royal mess in a winter wonderland.

In The Christmas Bunny, neither separate entities (Christmas or Bunny) really meet, as the film tells the story of abused girl Julia who goes to live with a foster family, remains mute, but finds a source of expression when her new brother shoots a rabbit with a BB gun he got for Christmas – and didn’t shoot his eye out because this isn’t A Christmas Story.

The injuring rabbit is given to The Bunny Lady, a local bunny-lover and anti-social weirdo right out of a Twin Peaks’ spin-off, and after a bit of an aggressive tact with Julia, she teaches the young girl how to care for rabbits. In time, this helps her come out of her shell.

So, that’s as much plot as you get from the Christmas and Bunny portions of The Christmas Bunny. There’s also a subplot about the father’s unemployment and lack of options in the job market – riveting stuff for all the family – but at its heart, this a humourless, po-faced drama about an abused girl and a rabbit that gets little screen time.

Shot in a small house, there’s very little going on and the film runs some 97 minutes with very little pace or acting or script or… anything. It’s charmless, tasteless and mostly set in the New Year, so technically isn’t Christmassy at all. There’s very little to recommend here, not even in the so-bad-it’s-good category.

The Christmas Bunny is no longer available on Netflix UK. 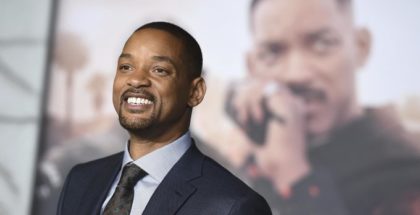 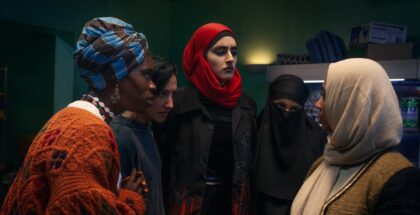