Selling Sunset came into many people’s lives during the Covid-19 pandemic. The previous season dropped in August 2020 when, as this very reviewer noted, it epitomised “wish fulfilment of the highest order, living vicariously through a depiction of existence that is supposed luxury in its most concentrated and audacious form”. Filmed in a pre-pandemic time, we could but look upon the escapism with nostalgia, released on Netflix while all of us were stuck inside and only few of us could travel.

Season 4 arrives as we remain in a weird sort-of limbo, depending on the country – and perhaps even the city, town or village – where we reside. Covid-19 has affected every single one of us in hugely varying but unavoidable ways – any media made now must make the choice to acknowledge or ignore that fact. Selling Sunset Season 4 does that for the first 15 minutes, until 3 of our Glamazon estate agents meet for a debrief over a meal. In a restaurant. With masked costumers and servers.

Having had very little reference to the dreaded C-word, seeing the women dance towards each other for a seemingly much-yearned-for reunion – unmasked while everyone else is masked – feels a literal metaphor for the entitled-beyond-reality within the show overall. It’s a huge disconnect from reality. And, while the show as an entirety is disconnected from reality, this season feels more obvious and somewhat painful.

Throughout these 10 episodes, we hear of booming markets and soaring property prices and gleefully profitable business. The only agent to refer to how difficult the past year has been is Amanza when discussing the increased intensity of being a single parent. The rest feel untouched in a way that only the very most privileged will have been able to over the past two years. This may be a huge barrier for some and impede their watching. While the show has no duty to do anything else, it does feel like a glaring reminder of the stark discrepancy between our world and theirs.

It’s all about the workplace drama here – Christine continues to alienate herself from her co-workers as past tensions bubble furiously to the surface with the arrival of two new agents. With Vanessa, Christine is attempting to claim her on her side of the Christine-vs-Chrisell war (first started in Season 1). With Emma, Christine is trying to claim sympathies for past heartbreak with increasingly outlandish protestations.

Although the women provide the content, it’s the editing team who serve us the meal. The show is edited to reality TV perfection, the set-up of storylines planted like seeds early on that come to harvest so fruitfully with incredible entrances and impeccable cliffhangers. It’s near impossible to look away as divisions within the pack deepen and splinter off – we’re talking telenovela levels of tension.

With a sequence in Episode 10 that less that subtly alludes to a possible spin-off, and an already confirmed and filmed Season 5 on its way, Selling Sunset is most definitely here to stay.

Selling Sunset is available on Netflix UK, as part of an £9.99 monthly subscription. 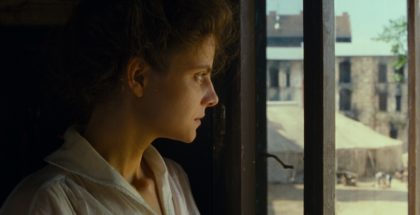