Netflix UK TV review: Selling Sunset | Where to watch online in UK | How to stream legally | When it is available on digital | VODzilla.co

Selling Sunset on Netflix: Escapism in its truest form 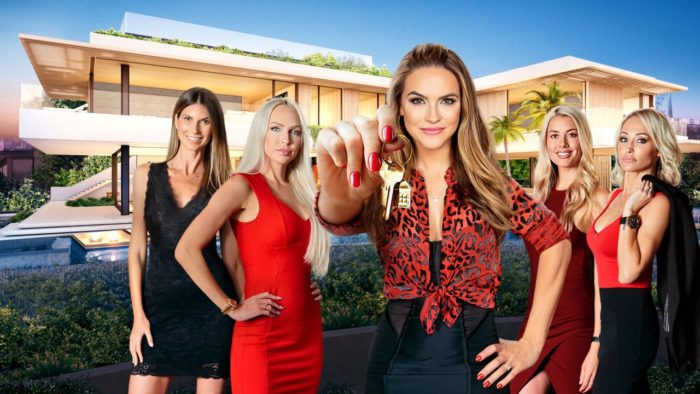 Selling Sunset first appeared on Netflix in March 2019, but it was only over a year later that it really started being part of the pop culture conversation. If the start of the coronavirus lockdown will be forever marked as the reign of Tiger King, Selling Sunset was the mid-season usurper. This writer watched 16 episodes in the space of one weekend after a friend’s recommendation, such is the compulsive nature of a show whose appeal is hard to both define or explain.

Filmed in Los Angeles, Selling Sunset is a reality TV series about the Oppenheim Group’s real estate brokerage firm. Its co-presidents and founders are twins Jason and Brett Oppenheim, but they’re relegated to the role of recurring characters. The stars and main features are their agents – Christine, Mary, Heather, Maya, Chrishell, Davina and (from Season 2 onwards) Amanza. These women are glamazonians in their mid-30s, who dwarf their bosses in all senses of the word.

We follow them as they navigate their working lives (selling houses that range in price from $2 million to $78 million) and their personal lives. The properties are so ostentatious in proportions and features that Marie Antoinette’s “Let them eat cake” still feels apt 227 years on and one has to fight the unwavering urge to hum La Marseillaise. Within each handling there are marriages, break-ups, fallings out, gossiping, bickering, double-crossing and heated fights.

This combination of what is essentially property porn with the drama of a reality show doesn’t necessarily sound an appealing or revolutionary concept, nor does it do justice in defining the end product. By partaking in this show we get to see right into Hollywood super homes, truly bearing witness and playing passive participant to the lifestyles of the rich and famous. It’s escapism in its truest form, taking us away from the confines of our day-to-day existence to a world where infinity pools, golf courses on rooftops, cinema rooms, 9 bathrooms, 13 space car parks and botox-and-burgers property viewings are part of the everyday vernacular, no longer demands of entitlement or delusions of grandeur but acceptable expectations that are catered to and encouraged. This is wish fulfilment of the highest order, living vicariously through a depiction of existence that is supposed luxury in its most concentrated and audacious form.

The reason it all works so well, and makes the show the perfect choice for those seeking their next TV addiction, is the women they have found to front (again, in all senses of the word) the show. They, like the show overall, are awful – yet not. These women are determined, scheming, ruthless and, most importantly, brutally honest. Each admission these women make, both in their asides and in many instances directly to and about each other, make for jaw-dropping watching.

If one of the women feels affronted, there’s not a single drop of guilt, worry or concern in making their displeasure known or heard – which is simultaneously refreshing yet unsettling but always compelling. This is epitomised by Christine, the show’s villain. She is brazen in her critique of her colleagues, who may or may not be her friends, and seems to take true pleasure in condemnation. She, in turn, epitomises the show’s appeal. Neither she, nor the programme, are here to be liked. Instead, for each 40-minute episode, you can allow yourself to be swept up into this whirlwind, drawn into the gravitational pull and sink into the abyss that is the world of Selling Sunset – a world where no effs are given, and nothing is too much.

Selling Sunset is available on Netflix UK, as part of an £9.99 monthly subscription. 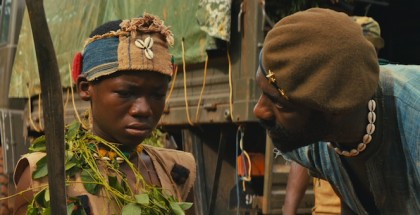