VOD film review: The Social Network | Where to watch online in UK | How to stream legally | When it is available on digital | VODzilla.co

David Fincher's take on the founding of Facebook is a gripping drama of petty politics.

A film about Facebook? No one was convinced when the script for The Social Network first surfaced. Except for David Fincher. And a group of talented young actors who understood what the film was about: them. And the way one powerful idea can transform a generation as much as it can ruin any relationship.

Harvard student Mark Zuckerberg (Eisenberg) is, when we meet him, not in a good place. Not only has he just been dumped by Erica Albright (Mara), but he’s also been drinking. And blogging too. Within hours, he’s compared her to a farm animal and coded a website, FaceMash, to rate college girls. It upsets a lot of people – and spreads like wildfire.

Then he comes up with The Facebook, a revolutionary way to connect people across campus. Or maybe he steals the idea from Tyler and Cameron Winklevoss (Hammer), a couple of posh rowing twins who are familiar with the terms “money”, “lawsuit”, and “intellectual property”. Working with best friend Eduardo Saverin (Garfield), it’s not long before The Facebook goes to Stanford and catches the eye of Napster inventor Sean Parker (Timberlake). His advice? Drop the “the”.

But history isn’t that straightforward. Soon, the successful Zuckerberg is under fire from several lawyers, accused of betrayal, theft and financial foul play. As Eduardo and the Winklevi trade legal blows with the egotistical entrepreneur, it becomes apparent that there are three ways to tell this story. The Social Network succeeds because it tells all of them.

It’s an ambitious project, but directed with minimalist efficiency by David Fincher. The visuals throughout are dynamic but pared back: simple shots mix with a sudden burst of tilt-shift, the cinematography reflecting the rapid rise of Zuckerberg’s greed and ambition. This is a slick production, streamlined and evocative, deepened by Trent Raznor’s expertly pitched score – a engrossing mix of modern synth and moving piano. As for the cloning of Armie Hammer, it’s the kind of convincing and seamless CGI that’s so advanced you don’t even notice.

The ensemble is, without exception, exceptional. Andrew Garfield invests his supporting role with enough humanity to ground the film’s moral core, while Justin Timberlake shakes off Shrek 3 as Parker’s powerful Mephistopheles. Eisenberg, meanwhile, is an engagingly selfish presence, always communicating but constantly remote, a nuanced and neurotic loner.

They’re a well-oiled trio, overlapping speech and mannerisms with a natural fluency. Together, they bring the writerly material down to the level of the audience. The Social Network is accessible because it’s not a film about Facebook: it’s about young people screwing each other over to achieve their dreams. Nothing else quite captures this era of online interaction. And when your emotional connection with it finally ends, you’ll just want to sit there and keep hitting refresh. 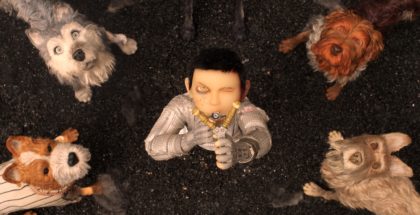