VOD film review: The Ides of March | VODzilla.co | Where to watch online in UK | How to stream 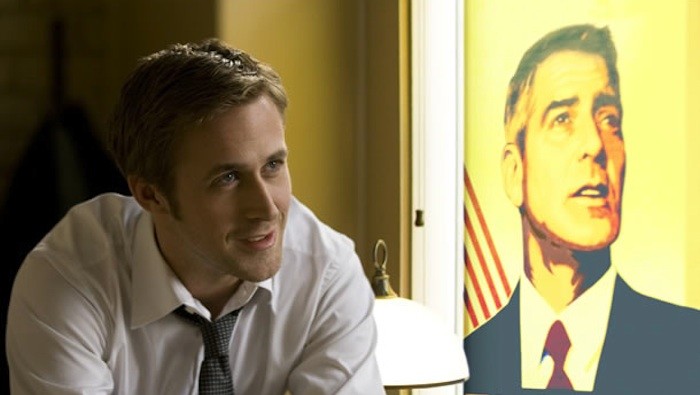 Politics is bad. It’s shocking, we know, but it turns out that US Presidential elections are a hotbed of backstabbing and betrayal. Which is why the morally-minded Governor Morris (Clooney) offers such a ray of hope for assistant campaign manager Steve (Gosling). But can such ethics and idealism survive in such a cutthroat world? (Spoiler: It can’t.)

That won’t come as a surprise to those watching The Ides of March – after all, this is written by Beau Willimon, the man who created Netflix’s US remake of House of Cards. After several years of that, George Clooney’s The Ides of March may not be saying anything new, but it’s nonetheless a thrilling look at ambition and hubris. Up against Paul Giamatti’s rival campaign manager, Steve’s naïve commitment to his beliefs is a likeable trait in someone so detached from society – Gosling’s charisma levels are through the roof, as he works the press, blackmails his colleagues and, yes, even screws the intern (Rachel Wood).

The whole ensemble, in fact, is immensely watchable, particularly Philip Seymour Hoffman as Steve’s loyalty-obsessed boss, and as you’d expect from such heavyweight actors going head-to-head, the clipped dialogue of Willimon’s original play is flawlessly delivered on-screen. Plaudits should also go to Clooney’s direction, which frames silhouettes of men in front of the American flag without a whiff of cheese – one smart decision sees a crucial conversation take place behind closed car doors, cutting us out of the political loop completely.

As the double-crosses keep on coming, the script, co-written with Grant Heslov, keeps you on tenterhooks. It’s like watching The West Wing, but with more shades of grey. And in the midst of it all, Clooney’s hopeful candidate (added especially for the film) deftly fades into the background, masked by a wall of sex and corruption.

The result is a gripping reminder of just how easily politics can corrupt – and after multiple seasons of Frank Underwood demonstrating that first-hand, it’s a fact that gets added weight by showing us that same corruption from the bottom of the pile (you can see why he went on after this to become the showrunner of the Netflix series). The Ides of March won’t shock you with the lack of ethics on show, but you’ll be punched hard in the ballot box by its sheer quality. When it comes to award-worthy class and political tension, The Ides most definitely has it.

The Ides of March is available to watch online on Amazon Prime Video as part of a Prime membership or a £5.99 monthly subscription.

Where can I buy or rent The Ides of March online in the UK?