Netflix UK film review: The Hoax | VODzilla.co | Where to watch online in UK

There’s something about reclusive billionaires that captures the imagination. Why do they hide away from the world? What do they do all day? Do they watch television? What colour toilet roll do they use? From William Randolph Hearst, the magnate-turned-hermit who inspired Citizen Kane, to Roald Dahl’s Willy Wonka, an intangible air of mystery surrounds their inner workings; if we could only understand how they think, maybe we too could become just as rich, successful and, in time, weird.

It is this fascination failing author Clifford Irving (Gere) taps into, when he decides to fake an autobiography of Howard Hughes; the titular ‘hoax’ of Lasse Hallstrom’s thrilling and funny caper. As Clifford explains to his sidekick Dick (Molina), Hughes is so withdrawn from the public that he would never dare to emerge long enough to denounce the book as fraudulent. Of course, he’s wrong. And, when publisher McGraw-Hill becomes suspicious, and Clifford unearths a presidential scandal, the prank becomes increasingly perilous.

Richard Gere is on charming form as Clifford, supported by the ever-versatile Alfred Molina as the bumbling do-right accomplice; yes, Clifford is a lying git, and yes, we love him for it. We even feel sympathy for the swindler when it becomes apparent that he, too, believes the fabrication he sells to those around him – a semi-fantastical tone reminiscent of Confessions of a Dangerous Mind. It may be true that the film’s portrayal of events is not entirely accurate, but in a script adapted from Clifford’s counterfeit creation, this almost necessary quality is an irrelevant concern; you’ll soon be too distracted to care as the underlying humour (“He gave me a prune!”) makes this captivating jaunt even more entertaining. From The Aviator to All the President’s Men, Hughes and Nixon have given rise to some good movies. The Hoax is one of them.

The Hoax is available on Netflix UK, as part of an £8.99 monthly subscription.

Where can I buy or rent The Hoax online in the UK? 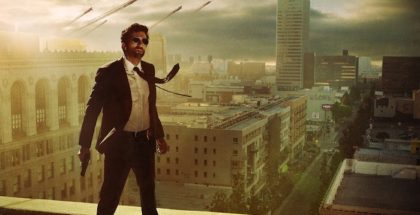