Netflix UK film review: Hubie Halloween | Where to watch online in UK | How to stream legally | When it is available on digital | VODzilla.co 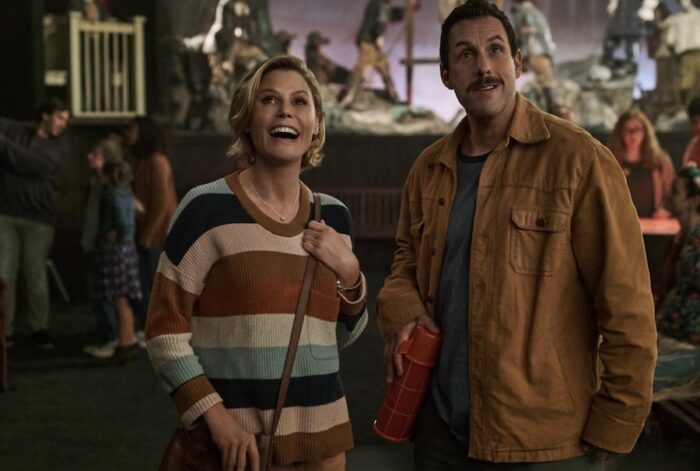 Adam Sandler's Halloween comedy lacks in laughs but not in heart.

Adam Sandler delivered one of the most intense, committed and cringe-inducing performances of the year in the Safdie brothers’ thriller Uncut Gems. In Hubie Halloween, his latest original comedy, he delivers a performance that fits one of those descriptions.

He plays Hubie Dubois, a manchild who loves Halloween almost as much as he loves his town of Salem – and so, every 31st October, he cycles the streets telling people to be safe, be careful and be kind. But while most of the town don’t listen to his cries of taking care and trick-or-treating safely, they start having to take him safely when it turns out that a killer has escape from a nearby psychiatric institution.

A film in which a villain comes with an implied mental health disorder, and in which our hero is meant to make audiences laugh because he speaks in a squeaky voice, Hubie Halloween risks crossing many lines of poor taste. What’s surprising, and rather commendable, is that the movie manages to steer away from explicitly offensive territory, instead pushing for an overall message that people should be nice to each other.

And so we’re asked to root for Hubie, as he stands up to a host of bullies, which range from high school students to celebrity cameos (including Kevin James as a dismissive policeman, and Ray Liotta and Maya Rudolph). Facing down that cruelty, though, is less about getting revenge and more about helping them, and that mild and warm-hearted sentiment extends even to the way that Steve Buscemi’s neighbour character is developed in increasingly surprising ways.

That’s not to say that there’s anything profoundly wise about a comedy in which projectile vomiting and t-shirt slogans epitomise the script’s crude, puerile tone. But there’s enough silliness to help even the most cynical of audiences get through the 90-minute runtime, even if there isn’t a high number of laughs to go with it. The result isn’t as breezily enjoyable as Murder Mystery, or as rivetingly brilliant as Uncut Gems, but – to put it in Hubie Dubois terms – it’s probably the nicest Adam Sandler movie to date.

Hubie Halloween is available on Netflix UK, as part of an £9.99 monthly subscription. 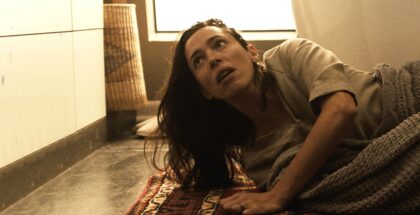 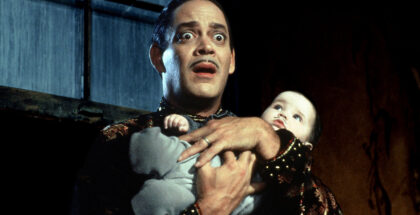