Angela’s Christmas: An enchanting fable of family and love

Based on a story by Frank McCourt, this enchanting short is a moving, magical fable of family and love.

There’s no beating around the holly bush: Netflix’s selection of Christmas movies isn’t good. Even as it’s started to make its own Christmas films in recent years, they haven’t exactly been festive classics – with the exception of The Christmas Chronicles, they’ve mostly been unintentionally bad, ironically bad or some combination of the two. Angela’s Christmas, though, hasn’t got a whiff of irony near it: this 30-minute short is as sincere as it gets.

The story is based on the children’s book by Frank McCourt, and if that name is already conjuring up memories of Angela’s Ashes-style heartbreak, you’re not far off: this tale is woven through with melancholy, as we’re taken to Limerick in 1914, where Angela (Lucy O’Connell) is readying for Christmas with the family. Sadness is in the air as well as icy flakes and excitement, and they all rush together to spark a snowball of concern inside wee Angela, as she realises that the baby Jesus in their church’s nativity scene doesn’t have a blanket. And so she does what seems like the most natural thing: she takes the baby to put a warm roof over his head for the night.

Needless to say, her actions have wider, unforeseen ramifications – the son of God going missing after Mass isn’t your typical seasonal tradition. But while it might appear to be a silly, over-the-top gesture, writers Will Collins and Damien O’Connor (who also directs) manage to capture the earnest, well-meaning intent behind Angela’s actions. Like the simple but evocative animation style, O’Connell voices the young sprog with just the right amount of innocence and sincerity that it’s easy to buy into her quest – even as we laugh, gently, at her attempts to get the manger-less Messiah over the garden wall, hoping, perhaps, that he might fly above it himself.

In this Christmas tale, though, there’s only one miracle we need – and that’s the magic of family. Halfway through the short film, Angela’s mother (the superb Ruth Negga) relates a flashback that’s heartbreaking to hear, but it only reinforces the warmth and joy at the heart of this celebration, which emerges as a fable about caring for others, taking those in who need it and “wrapping the baby Jesus up like a little holy sausage”.

Narrated by Malachy McCourt, Frank’s younger brother, there’s oodles of sentiment behind every line of voiceover, but it’s kept in check by the harsh reality that Angela, deep down, knows what it’s like to be cold and hungry too. After all, at Christmas, no child should be taken away from warmth, safety and love. A Christmas special that feels genuinely special, this is an enchanting animation that perches right at the top of Netflix’s Christmas tree for all to see.

Angela’s Christmas is available on Netflix UK, as part of an £8.99 monthly subscription. 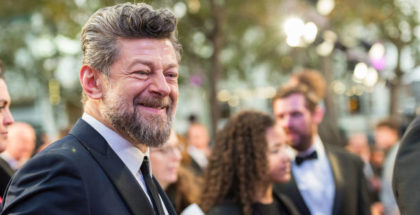