VOD film review: Tangled | Where to watch online in UK | How to stream legally | When it is available on digital | VODzilla.co

Because it's worth it

Meet Tangled, Disney’s 50th – and their first CGI – movie. It’s a fresh take on Rapunzel, one of the few that haven’t already touched, and it was released in cinemas in 3D. Old school story meets modern film-making? Whatever. It’s about a girl with hair. And that’s something everyone can identify with. Apart from boys. And people with no hair.

Oh yes, this is proper Disney prisoner-to-princess territory. Rapunzel (Moore) is snatched from her royal cradle and held captive in the improbably tall tower of not-very-nice witch Gothel (Murphy). Why? Well, her magical locks hold the power of eternal youth. It’s a secret L’Oreal would kill for. So Rapunzel is kept indoors while Gothel swans about outside looking like a spring chicken. A spring chicken that will never die.

Then along comes suave thief Flynn Rider (Levi) – “sorry Blondie, I don’t do back story” – who winds up rescuing her and helping her blossom into a woman. Of course, her hair comes in handy, as a grappling hook and impromptu weapon, but Flynn falls for our heroine because of her neurotic qualities and her cute animated face.

As romance fills the air, the two bond over a staggering display of floating lanterns. The rest of the time they spend getting chased by a grumpy palace horse, who (impressively) doesn’t talk. Peppering the scenes with slapstick, he’s a sidekick to rival Aladdin’s Abu. And it’s hard to top a monkey in a hat.

Other highlights include a bar room brawl with a gang of angry criminals (namely Jeffrey Tambor, Ron Perlman and – yes – Richard Kiel). One of them has a hook. One has an eye patch. Another plays the piano. They join together for a rousing ditty called I’ve Got a Dream.

It’s all presented with a classy confidence. The animation is superb, bursting with bright colours, but the script is what really shines. Witty without laboured pop culture references, Dan Fogelman doesn’t need a talking animal sidekick to keep everyone entertained. With Tangled, he has taken a female protagonist of old and written a thoroughly modern heroine in a story that’s engaging across the board, winning over everyone watching at home – even the boys and the baldies.

Hot on the heels of Enchanted and Princess and the Frog, Tangled marks something of a corner-turn for Disney: a winning streak The House of Mouse hasn’t enjoyed since the early 90s and a run of fantastic, empowering female characters who have left Pixar’s sequel-heavy slate trailing in their wake.

Where can I buy or rent Tangled online in the UK? 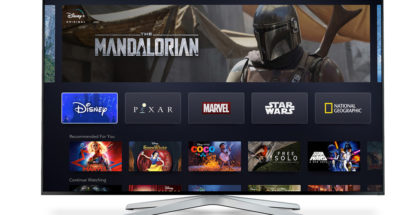