Netflix UK film review: Skylines (Skylin3s) | Where to watch online in UK | How to stream legally | When it is available on digital | VODzilla.co 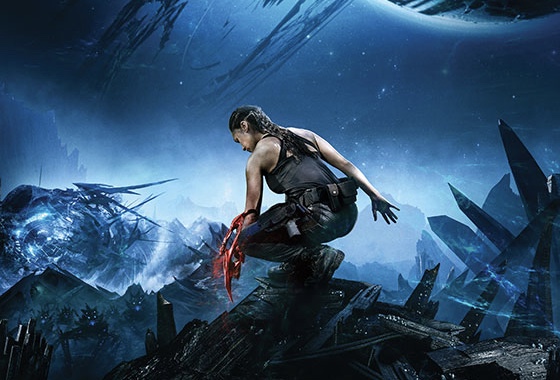 As Critters 4, Hellraiser: Bloodline, Leprechaun 4: In Space and Jason X have taught us, the laws of cinema dictate that all gonzo franchises will eventually lose their grip on any kind of grounding reality and end up in space. Colin and Greg Strause’s Skyline came with this anti-gravitational trajectory built in, as alien invaders vacuumed humans up into the air to “harvest” their brains for food and fuel – but it was only at the end of its sequel Beyond Skyline, written and directed by the original film’s co-writer Liam O’Donnell, that human characters would promise to take the fight back to the aliens on their home turf far away from Earth.

Similar promises closed Nimród Antal’s Predators, Roland Emmerich’s Independence Day: Resurgence and Steven S DeKnight’s Pacific Rim: Uprising, without ever materialising – but now Liam O’Donnell’s trilogy closer Skylin3s has the ambition to go there, considerably broadening the perspective of a series that started in an Los Angeles condo with a view, before going international, and now interplanetary.

Five years ago, Rose Corley (Lindsey Morgan), a human born on an alien spaceship with exceptional powers, saw off the alien Armada and ended the enslavement of human-alien hybrid Pilots to the alien will. Now a disease is infecting the Pilots, causing them, as General Radford (Alexander Siddiq) puts it, to “revert to their base biology” so that “they’ll go right back to ripping our bloody brains out”.

Rose is recruited to join a mission aboard an alien “Harvester” vessel to the distant planet Cobalt 1, where Radford and a small military crew – including Rose’s Pilot brother Trent (Jeremy Fitzgerald) and hunter Leon (Jonathan Howard) – seek to retrieve a MacGuffin-like core drive that they hope will provide energy for a cure. “This is no war,” crew member Zhi (Cha-Lee Yoon) assures Rose, “this is a heist.” Yet once they reach the blue planet, loyalties will be tested hard, as Rose is drawn to her alien origins, and several of the soldiers pursue a hidden agenda.

While continuing the saga of the previous two Skyline films, Skylin3s also draws heavily on elements from James Cameron’s Aliens, David Twohy’s Pitch Black and especially Neil Blomkamp’s District 9. For here, the aliens are not only terrifying creatures in the dark, but also migrants whose assimilation or exclusion is a measure of our own humanity (or monstrosity). Rose, a hybrid who, like Hellboy, is caught between human allegiances and an alien destiny, finds her own internal conflicts reflected in the tensions between the human, aliens and hybrids all around her (including some mutated forms not seen in previous Skyline films).

These tensions are palatably expressed through kickass action (using a range of conventional guns and blades, and some weird extra-terrestrial weapons), even as the film explores different ways – some more humane, others less so – of treating Otherness. For here characters display a range of behaviours all familiar from recent history, with some willing to embrace and accommodate the aliens among them, and others preferring to annihilate them in a high-powered Holocaust. So Skylin3s is always casting its eye back to the tribal, racial politics of Earth, much as it keeps cutting away from Cobalt 1 to the efforts of London-based Dr Mal (Rhona Mitra) to find a vaccine. It is an amped-up, cheesy space action adventure, and while its genre tropes are low, it takes them as high as they will go. And in a neat piece of ring composition, if the trilogy began with a man’s anxieties about approaching paternity, it ends with a woman’s quest for daddy.

Skylines is available on Netflix UK, as part of an £9.99 monthly subscription.

Where can I buy or rent Skylines online in the UK? 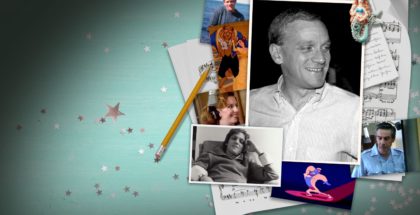