BAFTA 2019 Short Film Nominees: Reviewed | Where to watch online in UK | How to stream legally | When it is available on digital | VODzilla.co

This weekend, the BAFTAs announce their 2019 winners, from the intimate epic Roma to the boisterous costume drama The Favourite. Among the nominees are a collection of short films that can be easily overlooked, but this year, they’re once again easy to find, as Curzon Home Cinema released to watch online (at www.curzonhomecinema.com) for the bargain price of £5 – less than 63p a film. They’re also touring Curzon Cinemas nationwide from 12th February.

We take a look at each nominee:

Some doors are best left shut. That unspoken truth, and that universal fear of the unknown that might lie behind a closed gateway, powers Paul Taylor’s wonderfully creepy horror film – a welcome shot of genre adrenaline in this year’s compendium of drama and comedy. It follows Clare, a nurse visiting an elderly lady in a new job, only to find more than she bargains for. Sharply framed and precisely framed, it’s a clinging chiller of rattling breath, tweeting birds and a creaking, scratching blue portal – all achieved with confidence and cool, prickly terror. If you liked Rob Savage’s Salt, released last year, you’ll love this.

Location is such an important part of this year’s short films, and that’s particularly true of The Field, which whisks us away to Shahzadpur, where one woman hides away from the world by fleeing to the field where she works at sundown. Shot beautifully by Sandhya Suri, it’s an evocative snapshot of a life and the desires that hide behind the cornstalks, a portrait that’s as emotional as it is colourful.

Meet Jay and Kayta. They’re a married couple. And they have 73 cows. They’re inherited said bovine horde from Jay’s father, who has left them a farm and, more importantly, a business that they’re expected to continue – a business that involves that livestock being used for beef. And so they decide to move their cattle to somewhere safer, and begin the mammoth task of trying to relocate them, possibly one at a time, in sanctuaries and other places where they can been raised safely. Shot by director Alex Lockwood with natural light and a low-key hint of melancholy, it’s an engaging, thought-provoking story of moral conviction and human achievement – where the most seemingly trivial act of victory can still save lives. Compared to some of the more brutal anti-carnivore films that are out there, this is a compelling tale of gentle importance.

I’m Ok tells the story of Oskar Kokoschka, an artist who lived from the 1880s well into the 1900s. Along the way, Oskar finds love, heartbreak and trauma, and director Elizabeth Hobbs animates it with a flurry of expressive scrawls, blotches of paint and classical musical. An impressive feat of mood-setting, is it accessible? No. Is it visually stunning? Yes.

Bryan Bale lived in 1960s London, a time when it was (until the latter half of the decade) illegal to be gay. He recalls his life in this 15-minute conversation, looking back over relationships and how he had to repress his sexuality, even as he frequented underground clubs and bars in Soho. There’s loss, too, and director Angela Clarke crafts an intimate enough environment for him to step between the two. The result is like a candid chat with an old friend, one that doesn’t skimp on sincerity but does avoid sentimentality – a deceptively tricky balance to strike. 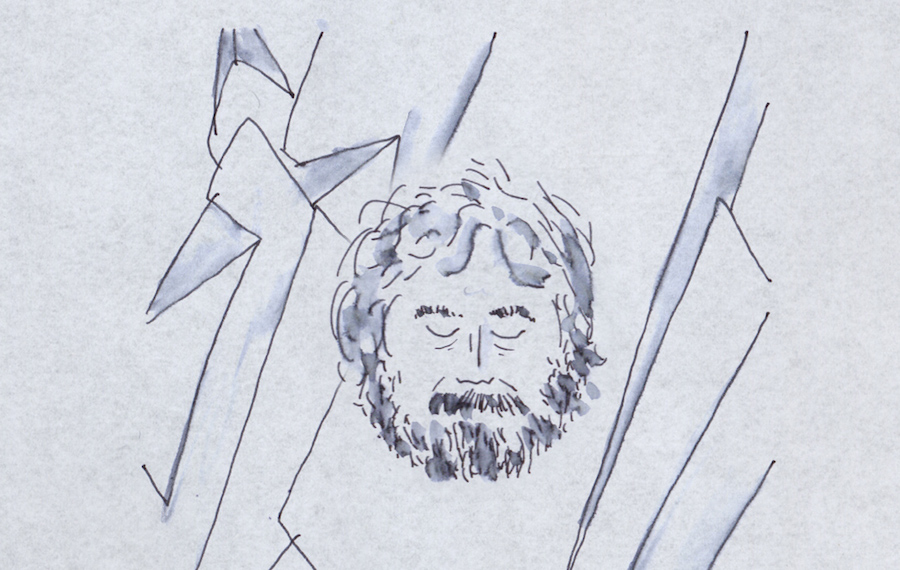 Marfa, West Texas. A town with a history of famous visitors, a landscape of timeless desert, and a whole heap of food trucks and horses. Brits Greg and Myles McLeod bring to life the place after attending the Marfa Film Festival, based around a poem that functions less as a narrative and more as a portrait of a community and an atmosphere. The result is more existential than epistolary, which means the 8-minute travelogue is light on details but heavy on style and character, with an approach to animation that feels as distinct as the place itself.

One of the best of this year’s short film crop, Roughhouse is an animation that seethes with a sense of location and identity. Set in the 1970s, there’s a seedy, boozy, smoke-tinged quality to its tale of students at university, who house-share with a character who sends their friendship into a tailspin of masculinity, bullying and drinking. Accompanied by its characters’ thick Birmingham accents, this is a brilliantly scuzzy, funny anecdote that, like its quartet’s behaviour, escalates with an enjoyable unpredictability.

Can you make a fresh start in a world this rotten? That’s the question behind Barnaby Blackburn’s short, which arrives fully formed, even at its slight 20-minute length. It follows the eponymous mechanic, a young ex-convict looking to go straight. Those efforts take him into the house of a sinister man who offers him work, but things are not what they appear to be, and the twisting plot unfolds with both surprising tension and a sickening inevitability; the suspense comes not from whether things will go wrong, but how they will go wrong, and those stacked-against odds are captured wholehearted by Raphel Famotibe’s sympathetic, charismatic lead presence. 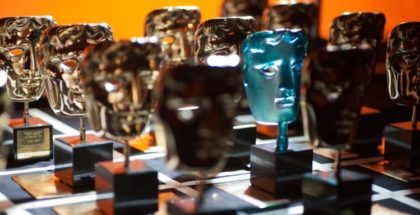