Amazon UK film review: The War with Grandpa | VODzilla.co | Where to watch online in UK | How to stream 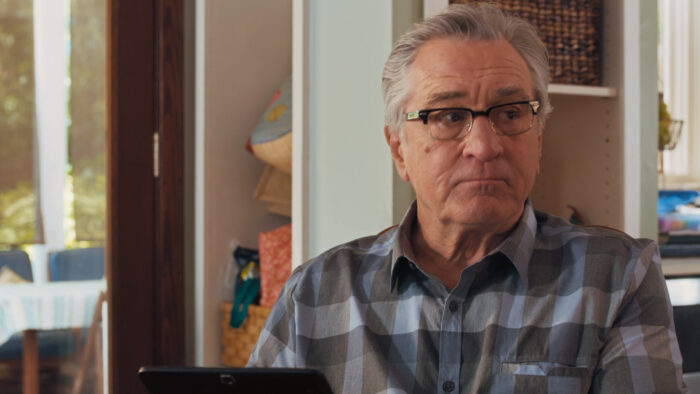 The words “Robert De Niro” and “grandpa” are enough to send shivers down the spine of any film fan. It’s a relief, then, that The War with Grandpa has nothing do with the Dirty Grandpa. Instead, this tells the slightly more wholesome story of how Peter (Oakes Fegley), declares war on his granddad, after Ed (De Niro) moves in with the family at the behest of his daughter (Uma Thurman) and winds up taking Peter’s bedroom, displacing the boy to the attic.

As Peter goes up into the attic, he disturbs a bat and promptly freaks out. Rather than become a superhero, he starts to play pranks on the house’s mature intruder, only for the grandpa to engage in the conflict and start pranking him back. Now, there’s something slightly unpleasant on the idea of physically harming one’s elderly relatives – the script does make them both complicit in a scene that sees them negotiate the terms of engagement – although the film does keep things relatively harm-free, from Ed slipping on marbles to Peter sabotaging cookies.

The whole thing climaxes with an entertaining bout of dodgeball, for which De Niro rounds up an impressive cast of greying stars, including Christopher Walken and Cheech Marin. Some romantic chemistry with a local shop worker played by Jane Seymour lends a nice note of sincerity to events, and De Niro benefits from being able to bring a tough edge to his comic timing. But while director Tim Hill (The SpongeBob SquarePants Movie) knows his way around a slapstick set piece, the laughs are few and far between – and no amount of times that grandpa is caught with his trousers down can make up for it.

The result could have been an unlikely cousin of Home Alone, but The War with Grandpa never manages to strike a winning blow to your funny bone – some tonally jarring references to wars that Ed has actually fought don’t help matters. This is a battle of whimpers rather than bangs, a skirmish that its cast just about emerges from unscathed.

The War with Grandpa is available to watch online on Amazon Prime Video as part of a Prime membership or a £5.99 monthly subscription.