What's leaving Netflix UK in March / April 2019? | Where to watch online in UK | How to stream legally | When it is available on digital | VODzilla.co

With a whole host of titles leaving Netflix UK at the end of March, make sure you’re not an April fool by catching some of the best films on the streaming service before they disappear. From a truly spooky horror to an underrated Almodovar, not to mention a modern classic and a nostalgic cartoon, this is your last chance to stream the following:

This low-budget chiller from André Øvredal, director of Trollhunter, stars Brian Cox and Emile Hirsch and is genuinely terrifying stuff.

Sasha Lane, Riley Keough and Shia LaBeouf deliver quietly starmaking turns on the fringes of American society in Andrea Arnold’s intoxicating road movie, which makes you fall in and out of love with the road over and over again.

A chess movie starring David Oyelowo and Lupita Nyong’o with a moving maternal bond at its centre? Checkmate.

Four paranormal professionals team up to tackle the weird and the otherworldly in this childhood-shaping cartoon of the 80s and 90s.

Language is essential to life. It can define a community, it can exclude outsiders, and, at its most primal, cognitive level, it can, to some degree, influence the way we think. The thought of aliens touching down on our planet, then, is a linguist’s dream. So why do so many science fiction movies brush over it? Not so with Arrival. Denis Villeneuve’s film embraces that grammatical nerdiness with intelligence and emotion, taking the logic of first contact to profound heights not seen since Close Encounters of the Third Kind. The result is one of the best films of the year – science fiction at its most thoughtful, elegant and moving.

“I ask for so little. Just fear me, love me, do as I say and I will be your slave.” If you’ve never seen David Bowie as Jareth the Goblin King in this iconic 1986 fantasy, this is your chance.

The Light Between Oceans – 31st March

Michael Fassbender and Alicia Vikander shine in this picturesque and powerfully emotional weepie, from Derek Cianfrance, the director of Blue Valentine and The Place Beyond the Pines.

“I’m as mad as hell, and I’m not going to take this anymore!”

Kristen Stewart delivers a sensational performance in this psychological thriller, which sees her reunite with Olivier Assayas. Read our review

Barry Levinson’s 1988 classic is one of cinema’s definitive odd couple comedies, pairing hot young thing Tom Cruise and awkwardly low-key Dustin Hoffman as high-flying yuppie Charlie and his autistic brother, Raymond. The two play their roles perfectly, selling the script’s conflicts and life lessons, which to modern audiences might at first seem cliched. The result is a character study of two deeply thought-out characters, which manages to be sentimental without ever becoming saccharine. Charming.

Gemma Arterton and Bill Nighy are on top form in this likeable comedy-drama about a former secretary, newly appointed as a scriptwriter for propaganda films, who joins the cast and crew of a major production while the Blitz rages around them.

On August 1st, 1966, a sniper rode the elevator to the top floor of the University of Texas Tower and opened fire, holding the campus hostage for 96 minutes. When the gunshots were finally silenced, the toll included 16 dead, three dozen wounded, and a shaken nation left trying to understand. This rotoscope documentary, part-reconstruction and part-survivor testimony is a powerful, nail-biting, devastating account of what happened.

Icy LA gallery owner Susan (Amy Adams) receives the manuscript of an unpublished novel from her ex-husband Tony (Jake Gyllenhaal), the man whose heart she broke two decades before. She reads the novel, which tells the terrifying story a family terrorised by a wild gang on a remote stretch of desert road. Then she realises that Tony may be trying to tell her something… Michael Shannon and a menacing Aaron Taylor-Johnson lend mesmerising support to writer-director Tom Ford’s chilling and compellingly layered tale of revenge.

Other titles leaving Netflix UK in March and April 2019:

11th March
An American Girl: McKenna Shoots for the Stars
Beyond the Reach
Burn After Reading
The Game
Leap Year

28th March
How to Be Single

31st March
100 Men
2057: The World in 50 Years
3 Ninjas: Kick Back
A Night on Earth: Africa
A Weekend with the family
Addicted to Sexting
All Work All play
America 3000
Among the Believers
The Babysitter (1995)
Be Cool
The Birth of Sake
The Bleeder
Bo on the Go!
Bonnie and Clyde
The Bounce Back
Boy Bye
Chuck and Danny’s Road Trip
Cook Your Ass Off
Cool World
Cuco’s Big Adventure
Das Boot
Death Row Dogs
Departures
Down to Earth
Facing the Giants
The Fifth Estate
For a Few Dollars More
Frailty
Frankie Boyle: Hurt Like You’ve Never Been Loved Before
The Girl on the Train
Hatfields and McCoys
The Hunting Ground
It’s a Mad, Mad, Mad, Mad World
Jane & Payne
Kidnapped
Killing Oswald
Kramer vs. Kramer
The Lady in the Van
The Last Face
The Lizzie Borden Chronicles
London Heist
Lucha Mexico
The Man with the Iron Heart
Network
Nick and Norah’s Infinite Playlist
Open Water 3: Cage Dive
Origin Wars
Outlaw Bikers
Party of Five
Paul Blart: Mall Cop
Paul Blart: Mall Cop 2
Pajaros Volando
Pet Fooled
Pokemon the Movie: Diancie and the Cocoon of Destruction
Pokemon the Movie: Hoops and the Clash of Ages
Pokemon the Series: XY
Pokemon the Series: XYZ
Poltergeist II
Power Rangers (2017)
The Real Ghostbusters
The Red Tent
Rmember Me
Return to Sender
Saints and Strangers
Saving Christmas
The Search for Hitler’s Bomb
Secrets of the Third Reich II
Seeking a Friend for the End of the World
She-Wolves: England’s Early Queens
Silverado
Sleepwalkers Who Kill
Springsteen & I
Step Brothers
Sufi Soul: The Mystic Music of Islam
Tayo the Little Bus
The Testimony
Tucker and Dale vs. Evil
Unlocked
The Violators
Warrior Women
White Chicks
The Wildebeest Migration

4th April
Alvin and the Chipmunks Meet the Wolfman
Cheech & Chong’s Next Movie
Contraband (2012)
Get Him to the Greek
Ghostbusters 2
Hannibal
The Land Before Time
Osama Bin Laden: Up Close and Personal
Red Dragon
Sixteen Candles
Walt Before Mickey

Trailer: Jamestown returns to Sky for Season 3 this April 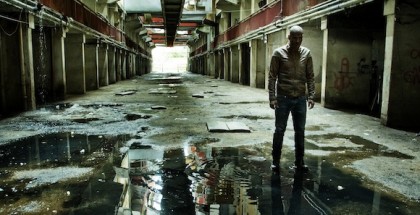