What's leaving Amazon Prime Video UK in March / April 2017? | Where to watch online in UK | How to stream legally | When it is available on digital | VODzilla.co

What do Sherlock, Harry Osborn, an Oscar winning director and Peppa Pig all have in common? They’re all departing Amazon Prime Video in the UK in the coming month. Yes, everyone’s favourite fictional detective (as portrayed by Ian McKellen), Dane DeHaan’s Life, Kenneth Lonergan’s film before Manchester by the Sea and an animated pig will be bidding farewell from the subscription streaming service, as their rights expire.

Now, that doesn’t mean that they’ll be gone forever – Amazon frequently renews its agreements for titles, with only last month seeing the renewal of its rights to DC’s catalogue of animated comic book shows, which were about to disappear. With lots of Batman, Superman and Justice League set to fly away once more at the end of March, though, there’s no guarantee that they’ll be kept on for another month.

Amazon has renewed its rights for the DC animations, with all of them now back on Amazon Prime Video. Keep up-to-date with the latest additions and what’s coming soon here.

This is your last chance to stream the following on Amazon Prime Video:

Ian McKellen stars in this quietly smart take on the Baker Street detective, a sensitive and elegant meditation on memory, wrapped in an ingenious unpicking of the Sherlock mythology.

Jake Gyllenhaal is superb in this gripping drama about a bottom-feeding photographer who prowls the streets at night, listening police radios for crimes he can film and sell to news stations.

Lance Henriksen and Clifton Collins Jr. star in this horror-comedy, which sees a swarm of giant mutant wasps attack a society garden party.

Anna Paquin delivers a magnetic, nuanced performance in Kenneth Lonergan’s drama about a young woman coming of age, while dealing with the aftermath of a bus crash. Years and years in the editing, the final film is flawed, but no less fascinating. If you liked Manchester by the Sea, don’t miss your chance to catch this under-seen predecessor.

This overview of Studio Ghibli’s history and a behind-the-scenes look at Hayao Miyazaki’s The Wind Rises is not just a documentary for fans, but a look at an absolute master and artist, who is a more complicated beast than his wonderfully universal films.

Peppa Pig Season 1 to 4 – No Longer Being Removed

Break the news gently to your children.

Sunset Song is both Terence Davies’ most lavish film and an adaptation of one of Scotland’s most beloved books. (Read our interview with the director here.)

Cate Blanchett is forced to rely on the kindness of strangers in this tragi-comic portrait of one woman’s fall from social grace. Bleak to say the least, Blue Jasmine feels like Woody’s most crucial and significant work for years.

1st April
Upstream
The Trap
The Lucky One

No Longer Being Removed
Beware the Batman
Teen Titans Go! Season 1 and 2 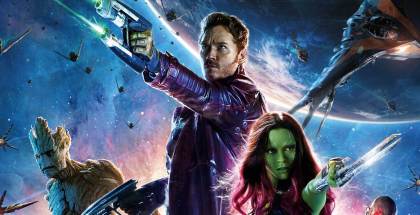