What's leaving Amazon Prime Video UK in June / July 2018? | Where to watch online in UK | How to stream legally | VODzilla.co

It takes a lot to make anyone stay indoors on a hot summer’s day, but how about the last chance to catch a Hitchcock classic? Or a shrinking window through which to admire a Kubrick masterpiece? How about the impending departure of two modern gems featuring superb female lead performances?

From Jackie and 20th Century Women to Full Metal Jacket and North by Northwest, this month is your last chance to stream the following on Amazon Prime Video UK:

Cary Grant takes on Hitchcock’s classic innocent-man-on-the-run role in this iconic thriller about an ad exec who’s pursued by a ruthless spy after being mistaken for a government agent.

Johnny Depp and Alan Rickman singing? Put aside any misgivings you may have: Stephen Sondheim and Tim Burton prove to be dream partners in this take on his gory musical, which waltzes wildly between laughs and shocks.

After a seven-year hiatus from the screen, Stanley Kubrick return to make this blistering Vietnam war film, which charts the psychological fallout of a harrowing bootcamp preparing US soldiers for combat.

Quite rightly regarded as one of the scariest films ever made.

Natalie Portman is on award-worthy form in this deliciously unconventional biopic of First Lady Jacqueline Kennedy, who fights through grief and trauma following the assassination of President John F. Kennedy to regain her faith, console her children, and define her husband’s legacy.

Annette Bening, Elle Fanning and Greta Gerwig are superb in drama about Dorothea Fields, a determined single mother in her mid-50s who is raising her adolescent son, Jamie, at a moment brimming with cultural change and rebellion. Dorothea enlists the help of two younger women – Abbie, a free-spirited punk artist living as a boarder in the Fields’ home, and Julie, a savvy and provocative teenage neighbour – to help with his upbringing.

This whimsical indie drama. featuring an Oscar-nominated performance by Viggo Mortensen, is more nuanced than its Little Miss Sunshine stylings might suggest.

Catch up with one of Marvel’s best small-screen outings with this Captain American spin-off that sees Hayley Atwell reprise her role as Peggy Carter.

27th June
I Love You, Man
Legend of the Guardians – The Owls of Ga’Hoole 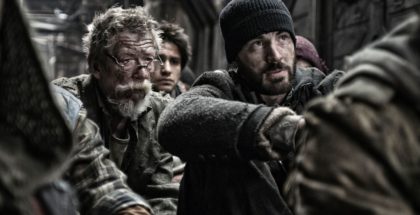