Inside VOD: FilmDoo's founder on creating a home for the films you can't see anywhere else | Where to watch online in UK | How to stream legally | When it is available on digital | VODzilla.co

Inside VOD: FilmDoo’s founder on creating a home for the films you can’t see anywhere else 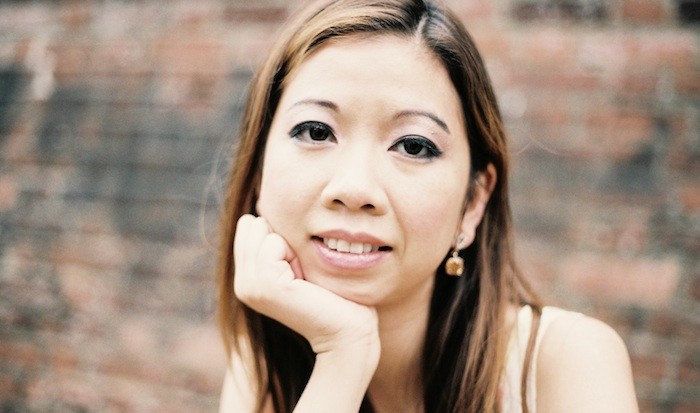 Inside VOD: We take you behind the scenes of the video on-demand industry by interviewing key figures in the streaming world. Today, we speak to Weerada Sucharitkul, co-founder of FilmDoo.

In the digital age of entertainment, it’s never been easier to find things to watch. But as rival sites battle it out to nab the rights to the most popular and lucrative American franchises, a host of smaller titles from other countries go unnoticed. That was starting point for FilmDoo, a pay-per-view VOD service that has made it their mission to stream the films that nobody else does: the company that films in the black holes of online video.

Co-founder Weerada Sucharitkul came up with the company after stumbling into one of those black holes herself. The film? Masquerade. The film took over 80 million US dollars at the South Korean box office, but was nowhere to be seen in the UK.

“My co-founder [William Page] and I were really into films from around the world and there was a film we both wanted to see called Masquerade, a South Korean film,” Sucharitkul explains. “It was a massive film, everyone was talking about it, but we couldn’t find it anywhere; it wasn’t sold as a DVD and no theatrical release, no online… and we couldn’t understand why such a big film couldn’t get distribution in the UK.”

After looking into it, they realised that if a film isn’t picked up by a sales agent, they consequently don’t get picked up by local distributors and, as a result, don’t get international release. It wasn’t just Masquerade, either.

“Many of these films can be festival award-winning films, they can win at Cannes or Rotterdam, yet never have distribution internationally,” adds Sucharitkul.

“In this day and age, it just didn’t make sense for us that people can’t discover films from anywhere in the world. And that’s the idea behind FilmDoo.”

They came at the problem from a consumer point of view: as a film fan, Weerada would spend a lot of time trying to find out about non-Hollywood films.

“I spent hours on YouTube trying to find the best trailer or the right blog,” she comments, “but then when you learn about a film, you can’t see it anywhere. So that’s what we tried to do.”

The result is FilmDoo, which launched in beta back in 2014. Two years later, they’ve amassed a library of 692 films from over 125 countries, the majority of which are unavailable anywhere else.

“We didn’t see any platform out there doing what we want to do for international films,” adds Weerada. “Our focus is on helping people to find films from around the world, helping emerging filmmakers to really access a larger global audience. Like I say, many of these can be multi-million productions by big studios from other countries.”

As well as for consumers looking for international titles, FilmDoo fills a gap in the industry, giving filmmakers overseas a way into the UK.

“People like what we do – their films won’t be lost among the blockbuster films, we’ll push and promote them in our Focus series, our social media and our editorial blog. So I think the fact that they know they’ll get a prime showcase for their films helps as well.”

They have now established relationships with international sales agents and have film specialists in-house, both with backgrounds in directing and distribution, to help source and find films. Quality control is important, she points out.

“There’s a lot of content out there. We want to make it easier and faster, but also be a trusted place, so when someone comes to the site they can find a quality film that will be interesting and relevant to them.”

All that adds up to a unique catalogue of films to rent – and in the age of exclusives, whether it’s Disney and Netflix or Sky and HBO, being unique is the key to streaming success. For FilmDoo, the aim is to use that unique library as their selling point: while iTunes, Amazon Instant Video, Wuaki.tv and other pay-per-view sites have deals with the same big studios, FilmDoo is partnering with distributors such as New Wave Films, Peccadillo Pictures, Third Window Films and Cine Asia.

“Traditionally, a sales agent will look for a buyer per region or per country. But these distributors often only have a limited budget, so they have to prioritise which films they think they can commercialise best, that have the most powerful stars. So ultimately, if the film doesn’t get picked up, it’s very difficult for the film to get released, because the rights are still held by someone else higher up the value chain.”

“Increasingly, we are picking titles directly from filmmakers, directors or sales agents, so in a lot of territories we are the only place with the rights to the film, so we differentiate by content,” Sucharitkul adds. “Over time, we are also helping to discover newer and newer talent.”

With other streaming rivals also on the lookout for the next big thing, how difficult is it to snap up the rights to something these days? At Sundance this year, both Amazon and Netflix were actively acquiring exclusives, with some bidding wars reportedly going on through the night.

“Different distributors have different policies,” says Weerada. “Some distributors want to get something out as much as possible. Some have a different strategy and think this type of film will work on this type of platform. It also has to coincide with out strategy as well; we have to think of the kind of film that will fit well in our portfolio and will differentiate us from the other sites out there.”

So far, the tactic is paying off, with a growing number of customers signing up. That customer base also becoming a focus for the site, as it aims to build a community of global film fans.

“We don’t want to be somewhere where people come, buy a film and leave. We want to be a place where people meet other people, talk about films, buy a film, come back and maybe even have a shared experience with other users watching a film,” enthuses explains Sucharitkul. “You can meet Brad, he likes Japanese films just like you!”

The social aspect of the site is in its early stages but growing quickly. At present, users can review films, reply to other people’s reviews, lists films they’ve seen and want to see. Tagging, lists and rewards are all in the pipeline, says Sucharitkul. Combined with the existing ability to follow people and, for the site’s first users, get badges, the result is somewhere between Steam and Letterboxd.

“What’s been really interesting is the kind of engagement we get. Our site also allows users to say what films they would like to see and that’s really picking up.”

FilmDoo is currently only available in the UK, but even that is set to change, thanks to the demand from other territories, where people can still sign up and read and review the titles on display.

International is the word of the day for VOD, with Netflix reaching out into almost every country and SVOD service MUBI entering China this year. FilmDoo is targeting English-speaking countries first, starting with the US – “That’s a big market, our traffic is already high” – and Canada and Australia. South East Asia is also a strong market for them.

Mobile apps are also on the way. But what of the download versus streaming debate that has been going on between VOD sites in the last year?

Weerada says that FilmDoo is not actively developing the option to download titles for offline viewing.

“If it something the users want, obviously, but actually, our proposition is access to film – ability to discover and stream. People are moving away from downloading to streaming technology, as bandwidth gets better. All we want to prove is that people are interested in watching films from another culture and that they are interested in paying for it, and at the moment, they are. At the moment, we’re happy to be streaming.”

FilmDoo is available in the UK, with films available to rent from £1.99 up to around £5.99 for day-and-date releases. For more information, visit www.filmdoo.com.