BAFTA short film review: Elephant, samuel-613 | Where to watch online in UK | How to stream legally | When it is available on digital | VODzilla.co

On Sundays, we review short films available on VOD. We call it Short Film Sunday.

Elephant came into the world as one of BBC iPlayer’s Valentine’s Day-themed short films. It’s only fitting, then, that as the new wave of “Funny Valentines” lands on iPlayer, Nick Helm’s should be competing for a BAFTA for Best Short Film.

The movie is as simple as it gets: we while away the time watching two friends while away their afternoon in Brighton, walking the backstreets, peering at market stalls and eating food. It’s ordinary, almost to the point of mundanity, but that’s the short’s biggest achievement.

Nick Helm stars as one half of the couple, opposite his Uncle co-star Esther Smith. Together, they make a wonderfully normal pair. Writing the script as well as acting it, there’s a constant feel of improvisation, as though you’re watching two friends hanging out for the day. The two actors are relaxed in each other’s company, to the point where jokes seem natural: they’re not trying to make us laugh, just trying to make each other laugh.

It’s hard to get that level of honest intimacy right without seeming forced or artificial, especially when you’re throwing pop culture references in left, right and centre and accompanied by familiar, twee music. But Elephant gets the balance between cute and convincing just right. As time goes on, Helm slips in awkward moments where that smooth connection sputters and stalls – little hints that one of them wants to say something to the other, but can’t quite bring themselves to. The result is a charming and bittersweet tribute to love, not just the unspoken, romantic kind, but the loyal, plutonic kind. Sometimes, love is being happy not acknowledging the elephant in the room.

How far can you go to escape your heritage? samuel-613, by Billy Lumby, explores that question in accomplished detail – despite a runtime of barely 15 minutes.

The film is a rare look inside London’s Hasidic community, with Yiddish dialogue and non-professional actors all adding to the authentic feeling of an insulated group. For Shmilu (Theo Barklem-Biggs), though, the pull of the outside world is hard to resist.

Theo Barklem-Biggs is fantastic as the disoriented loner, sad one moment, angry the next. His intense facial expressions alone capture the confusion Shmilu’s going through – one sly glance out of the wing mirror of his car in the opening shot, as a girl walks past, tells us everything we need to know.

But its the tangible sense of closed community world that Lumby builds around him that gives the film its strength; there’s a universal element to all coming-of-age tales, but Theo’s growing pains feel utterly personal.

As the world of hipster Hackney opens up to him, Lumby dials up the visual flair – away from the dynamic cuts, one static shot sees Shmilu wrapping Tefillin around his arm, a striking moment that almost be a glimpse of him using a tourniquet for taking drugs. The culture clash is evident once more at the family dinner table, as pious guests and the rebellious boy collide in a believably awkward manner.

All the while, the movie’s sound design is impeccable, from the chanting of Hebrew rituals to the buzz of cosmopolitan life; even as Schmilu races to escape his heritage, it’s still ringing in his ears.

Inside VOD: FilmDoo’s founder on creating a home for the films you can’t see anywhere else 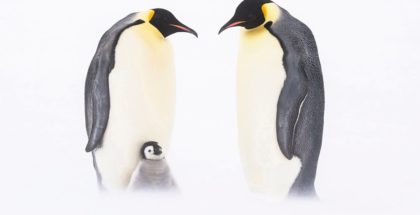