PVOD: How do you solve a problem like a theatrical window? | Where to watch online in UK | How to stream legally | VODzilla.co

PVOD: How do you solve a problem like a theatrical window?

Would you pay 30 pounds to watch a film at home within a couple of week of its cinema release? That’s the question that Hollywood is increasingly asking itself, as it tries to solve the problem that has been looming over the movie industry for some time: the theatrical window.

That window, the 12 weeks between a film’s cinema debut and its home entertainment release, is a hallowed traditio in showbiz, making sure that cinemas can get their chunk of a film’s takings before it heads to the small screen. In the world of on-demand streaming, though, the idea of having to wait to see something at your own convenience is increasingly foreign to audiences, who are used to getting things at the click of a button. And with Netflix, Amazon and others disrupting the market by premiering things straight onto streaming services, the expectation to be able watch something online is slowly but steadily becoming the norm.

Hollywood is starting to consider the idea of competing in the living room arena on a serious basis – not least because high-profile titles such as Game of Thrones and Deadpool show that films and TV shows that aren’t made available to audiences immediately can often by pirated instead. With more entertainment devices and platforms vying for audience’s attentions, meanwhile, cinemas also risk losing out on customers.

Therein lies the rub, however: shortening the theatrical window may help Hollywood studios to connect with viewers better, but that also infringes on cinema territory, and cinema owners aren’t too happy about the idea. In 2015, for example, Paramount tried to release a Paranormal Activity sequel on digital platforms early, after it stopped showing in a certain number of screens in the USA. Some chains, though, refused to screen the film at all. Netflix, meanwhile, has been boycotted multiple times by exhibitors who dislike its day-and-date approach.

Last year, Napster founder Sean Parker came up with an idea called Screening Room, a model that would allow consumers to stream movies for $50 while they were still in cinemas. That idea was rejected by theatres at industry conflab CinemaCon. This year, though, premium video on-demand (PVOD, for short) has been the subject of much more serious debate at the Las Vegas event.

Studios are now talking about the idea of shortening the cinema’s prized theatrical window, with Warner Bros., Universal and 20th Century Fox eyeing up a reduction from 12 weeks to around 30 or 45 days. The pricing would be around $30 to $50 – and cinemas would be offered a cut of the takings to help soften the blow.

“Post-theatrical revenues are plummeting, so we have to figure out ways to make up that shortfall,” Chris Aronson, head of distribution for 20th Century Fox, told The LA Times before the event kicked off last week. “There’s a lot of careful and thoughtful consideration going on and I think it will ultimately bear fruit.”

“There is no doubt that absence does not make heart grow fonder,” added Megan Colligan, president of worldwide distribution and marketing for Paramount Pictures. “Withholding a movie after it’s run in theaters does not increase someone’s desire to buy it.”

Indeed, after months of talks, something is expected to be trialled within the next year.

The industry is far from united on the subject, though.

Warner Bros marketing chief Sue Kroll spoke openly about the fact that customers “want more choices in where and how they consume our content”.

“Where there is demand, somebody is going to step in and fill that void,” Kroll is reported as saying by the Associated Press. “We have to be creative and innovative in addressing the challenges of this marketplace, as we always have (and) … move toward a future that will be beneficial and profitable to all of us.”

Christopher Nolan, though, was equally vocal about his opposing view. Speaking before his latest Warner Bros. title, Dunkirk, he said, flatly: “The only platform I’m interested in talking about is theatrical exhibition”.

Sony chairman Tom Rothman, who was there to show footage from Blade Runner 2049, held a similar view, commenting: “Netflix, my ass.”

It will take multiple studios to come together to agree on an initiative to solve the problem – and the problem is far from simple, going from basic box office takings all the way down to the weekly Monday morning meetings held between the boss of each cinema and the distributors, as they work out whether to keep a film screening or not. Then, of course, there are the agreements that would need to be signed with individual digital platforms, both with studios and the cinemas. And how would one determine the cut a cinema deserves?

While Netflix can often be the target of ire, though, the problem highlights one key difference between the two biggest streaming services: Amazon Studios has repeatedly insisted that it values the cinemagoing experience, an approach that saw it beat Netflix to premiere titles at Cannes last year.

In the middle of it all are that rare beast: the joint distributor and exhibitor. In the UK, Curzon Cinemas (which has its own distribution label, Artificial Eye, and its own streaming service, Curzon Home Cinema) has seen repeated success by releasing films day-and-date, with 45 Years in 2016 racking up £1 million at cinemas, despite also being available online. In the USA, Alamo Drafthouse and Neon label chief Tim League tells Deadline: “As both a distributor and an exhibitor, we try to model out the finances of the movies across all platforms. If it feels from the data that a movie will perform quite well on premium VOD and struggle theatrically, then we do what’s best to service the film.”

UK TV review: The Walking Dead Season 7, Episode 16 (The First Day of the Rest of Your Life) 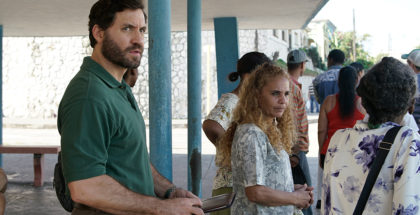 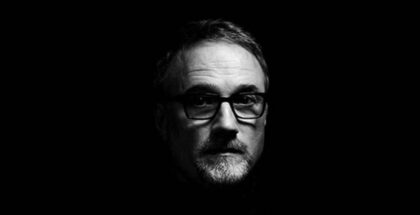