YouTube launches "Breaking News" feed | Where to watch online in UK | How to stream legally | When it is available on digital | VODzilla.co 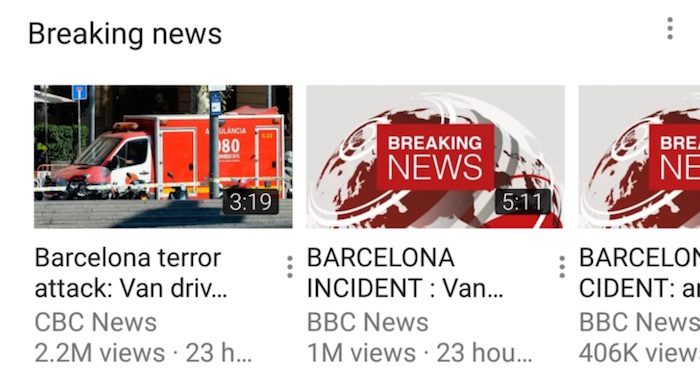 YouTube is quietly launching a new Breaking News feed across its platform.

YouTube has been in the headlines for all kinds of wrong reasons in the last year, just at a point where Facebook is significantly stepping up its rivalry to the streaming site’s crown, as it seeks a bigger share of new media advertising bucks. YouTube, though, has a close relationship with the news, from its live-streaming of events to the launch in 2015 of its Newswire service, which curates and verifies eyewitness videos and other footage from news events and syndicates them to journalists. Now, in a year where factual accuracy has become cool once again, thanks in no small part to Donald Trump’s presidency, YouTube is strengthening its ties with the media by rolling out a new feed of “Breaking News”.

The feed has begun to appear in people’s feeds over the last week, with Android Police spotting the gradual rollout. As Twitter teams up with partners such as Bloomberg to provide live news-oriented video and Facebook chases viral shorts, this is potentially a shrewd move from YouTube, both reinforcing its established position within the online video world and encouraging the time people spend actively browsing the site for content – in June, YouTube CEO Susan Wojcicki revealed that the site now records 1.5 billion people watching an hour of video each just on their mobile devices.

It also echoes Google’s own partnerships with media publications to highlight news, as well as builds on the number of broadcasters already using YouTube to syndicate news and stream feeds live. With a community of people reacting and commenting on topical events, YouTube’s Breaking News feed could find interesting new ways of distinguishing itself from other sites.

It “seems to be pretty widespread”, note the Google gurus, reporting on the collection of videos relating to breaking news around the world. Sadly, the news has largely so far been related to the tragic attack in Barcelona – users can, as you would expect, click an “x” button to hide the content.

“It’s unclear if this section will only appear when a worldwide event such as the Barcelona incident occurs, or if it’ll be an everyday thing,” adds Android Police.

Shudder snaps up six horror films ahead of 2017 FrightFest 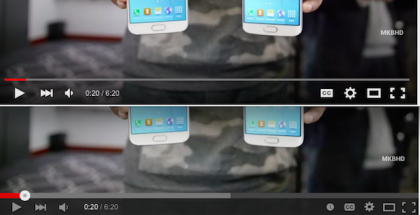 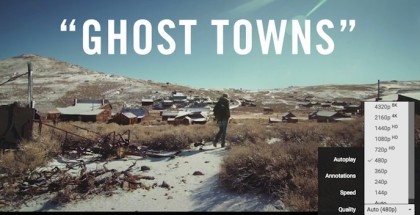