Wuaki.tv has signed a new deal with Icon Film Distribution to add more indie movies to its line-up.

The pay-per-view streaming site has stepped up its independent offerings in the past year, signing an agreement with Arrow for its arthouse catalogue. Now, this new deal will bring Icon’s range of titles into the VOD fold too. Films now available to rent and/or download include Drive, 21 Grams, Precious, A Single Man and We Were Soldiers.

Oscar Isaac-starring drama A Most Violent Year will join them in May, when it’s released both on VOD and DVD. which is released in May.

Simon Homent, European Content Director for Wuaki.tv, comments: “We’re keen to support local and independent films and we see this agreement as a great step towards offering our users an enhanced movie and TV service. Wuaki.tv’s European growth throughout 2014 and 2015 is down to great partnerships, excellent content and, of course, our dedicated customers. Without one of these elements 2015 wouldn’t look like the great year it’s already shaping up to be!”

Indeed, the streaming site has become the increasingly impressive grey horse in the VOD race, signing an exclusive agreement with EE to become the mobile phone operator’s digital replacement for Orange Wednesdays.

Icon Film Distribution, meanwhile, are no strangers to the streaming landscape: they’ve just signed a deal with FrightFest to release horror films digitally under a festival-themed banner.

Ian Dawson, CEO of Icon, adds: “We want to give film fans the opportunity to see the widest possible range of Icon films through the best providers in the UK & Ireland. We recognise Wuaki.tv as a forward-thinking and growing service and are delighted to be able to make our films available to their growing customer base.”

Family Guy comes back to BBC Two… before going to ITV2 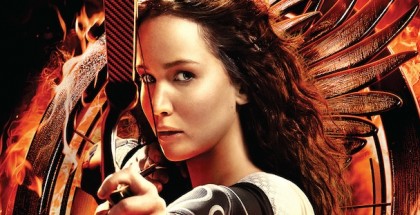