Wishenproof to arrive on Amazon Prime in August | Where to watch online in UK | How to stream legally | VODzilla.co

Wishenproof to arrive on Amazon Prime in August

Wishenproof will arrive on Amazon Prime Instant Video in August.

The show revolves around Bianca (Addison Holley, Annedroids), who solves life’s problems in her own creative ways, because with magic, or without, we all have the power to make good choices. Jason Priestley will voice Bianca’s father, and Ava will voice Laurel, with Hope Cassandra performing 13 ballads as the singing voice of Bianca. Wishenpoof also features vocal talent from Kaelyn Breitkopf (Puppets) as Ben and Millie Davis (Orphan Black, Annedroids) as Penelope. The series is Directed by Gilly Fogg (Bob the Builder) and Phillip Stamp (Little Bear) serves as Supervising Producer.

“We’re excited to be debuting our next preschool series to our members who we hope will find Wishenpoof entertaining, playful and inspiring,” says Tara Sorensen, Head of Kids Programming at Amazon Studios. “Bianca is a great role model for younger children, enabling them to take into account others’ perspectives and make good choices.”

“Wishenpoof is one of these magical projects that has been in my head since I was a little girl, so when I started writing, I didn’t want to stop,” comments Santomero. “The series is the first, since we created Blue’s Clues, that looks different than anything currently on the air — with its expressive 3D character animation and the rich multi-layered, textured designs and environments—creating a vibrant, magical environment and featuring an amazing anthem in every episode that complements the vision for the show.”

All 13 episodes of the show will arrive on Amazon Prime Instant Video on Friday 14th August in the UK, US and Germany. Wishenpoof will also be available as part of Amazon FreeTime Unlimited, the all-you-can-eat subscription service designed for kids, with Amazon also recently launching its own kids’ Fire HD tablet.

The show joins a growing line-up of Amazon Original Kids Series, including Annedroids and Gortimer Gibbon’s Life on Normal Street, as well as the recently commissioned Just Add Magic and The Stinky & Dirty Show from the service’s latest batch of pilots.

From virtual reality to Facebook: 3 things we learned from VidCon

Trailer: All or Nothing goes to college to follow The Michigan Wolverines... March 21, 2018 | James R 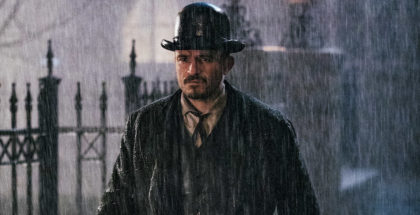