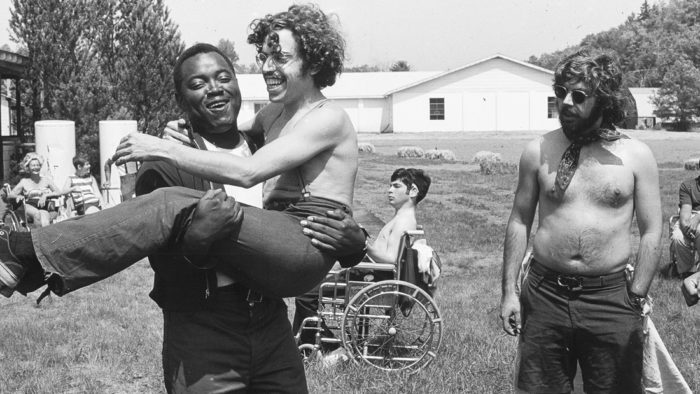 Netflix, in partnership with Higher Ground Productions, Barack Obama and Michelle Obama’s production company, is preparing to launch its second feature documentary, Crip Camp, and a new trailer gives us a fresh look at the Sundance hit.

Down the road from Woodstock, a revolution blossomed in a ramshackle summer camp for teenagers with disabilities, transforming their lives and igniting a landmark movement. Crip Camp is an untold story co-directed by Emmy award winner Nicole Newnham and film mixer and former camper Jim LeBrecht. Executive producers include President Barack Obama and Michelle Obama, Tonia Davis and Priya Swaminathan, and Oscar® nominee Howard Gertler (How to Survive a Plague).

The film premieres on Netflix worldwide on Wednesday 25th March. Here’s the video:

Crip Camp: A Disability Revolution is available on Netflix UK, as part of an £8.99 monthly subscription.

In the early 1970s, teenagers with disabilities faced a future shaped by isolation, discrimination and institutionalization. Camp Jened, a ramshackle camp “for the handicapped” in the Catskills, exploded those confines.

Jened was their freewheeling Utopia, a place with summertime sports, smoking and makeout sessions awaiting everyone, and campers who felt fulfilled as human beings. Their bonds endured as they migrated West to Berkeley, California — a promised land for a growing and diverse disability community — where friends from Camp Jened realized that disruption and unity might secure life-changing accessibility for millions.

Rooted in personal experiences, and supported by the Obamas’ Higher Grounds banner, the documentary charts the course from the people at that camp to the 1990 Americans with Disabilities Act, aiming to do for disability rights what documentaries have done for civil rights, gay rights and more.

The film premiered at Sundance at the end of last week and will be released worldwide on Netflix soon, joining the other Netflix documentary backed by the Obamas, American Factory. Here’s the first teaser: