Walter Presents unveils autumn and winter box sets | Where to watch online in UK | How to stream legally | When it is available on digital | VODzilla.co

Channel 4’s Walter Presents has been going for more than half a year now and the site has given the UK a whole range of bold firsts and new favourites, from the premiere of Hebrew-language romantic comedy Beauty and the Baker to multiple seasons of French warzone comedy Kabul Kitchen.

The streaming service, though, shows no sign of stopping, with a packed line-up of box sets that promise to have you hooked throughout autumn and winter.

In September, German crime drama Inspector Borowski will see the titular brooding lone-wolf solve a series of cases – the most disturbing and unsettling crimes in Germany – with his young colleague, Sarah Brandt.

October marks the arrival of Dutch series Belicher, which sees software executive Michael Bellicher’s life turn into a living nightmare when he’s framed for a murder and a spate of other crimes by the well-connected goons of the mysterious Mr. Miller. To find out who wants him dead, and why, he gets to the heart of a big international virtual conspiracy.

In November, the young and ruthless lawyer Sandra Paoli returns for Season 2 of Mafiosa, which continues the tale of her appointment as the head of the notorious Paoli Clan. As a mafiosa in a man’s world, she must seduce, threaten and manipulate her way through the murky waters of this gripping family saga.

Walter Presents closes off the year with the debut of The Passenger, a French thriller based on the bestselling novel by Jean-Christophe Grangé. A forensic psychiatrist is helping the beautiful local cop Anais to solve a series of ritualistic murders based on Greek mythology.

Other shows also on the way to the site’s streaming library, some of which will be added on a weekly basis following their TV broadcast on More4, include The Neighbours – think Dutch Fatal Attraction in suburbia – Eyewitness, a voyeuristic Norwegian thriller, and The Team, which sees investigators from Belgium, Denmark and Germany join forces to look into a string of murders across Europe.

For a full guide on what’s coming soon to Walter Presents, including reviews of shows and interviews with their creators, click here.

Stranger Things Season 2: Everything we know, from old friends to new characters 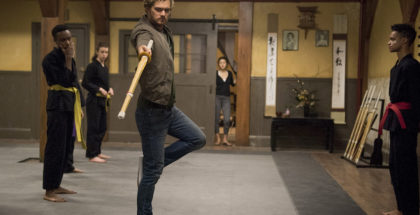