UKTV Play now available on YouView, PC and Virgin Media | Where to watch online in UK | How to stream legally | When it is available on digital | VODzilla.co

UKTV Play has launched on PC, YouView and Virgin Media.

The catch-up catalogue includes shows such as Storage Hunters UK, Crackanory, Alan Davies: As Yet Untitled, Forbidden History, Inquisition, The Sixties, Crime Stories, Most Haunted and Ghost Adventures, along with a selection of older BBC programmes.

The platform is primarily organised into collections for viewers, from ‘Real Crime’ to ‘Wet Weekend’ and ‘Gadget Geeks’. It also includes recommendations from the people at UKTV in a ‘Staff Picks’ area.

For those accessing on PCs, the service will also include box sets and handpicked collections on PC, so users can enjoy complete series of popular shows such as Dave Gorman Modern Life is Goodish, Ross Noble Freewheeling, Storage Hunters, Lizard Lick Towing, Black Ops, World at War, Raiders of the Lost Art, I Survived Evil, Cold Justice and Ghost Adventures.

On YouView, UKTV’s channels will be housed in a dedicated area, where all customers can access a seven day catch-up service for their favourite Dave, Yesterday and Really shows.

The latest releases follow last week’s launch of all of UKTV’s channels on Virgin On Demand, which will be accessible under the UKTV Play brand from December. The platform first launched on iOS in the summer, when Apple featured it in their ‘Best New Apps’ section of the App Store.

Dan Fahy, UKTV’s Director, Commercial and Business Development, comments: “UKTV’s viewers really embraced the new UKTV Play app when it launched on iOS in the summer and the launch of UKTV Play on PC and YouView marks the next step in growing UKTV’s first fully-digital brand.

David Faulkner, Head of Business Development at YouView, adds: “It’s great to see UKTV further investing in its on demand TV player, which has been popular with YouView customers for well over a year. UKTV Play gives YouView customers access to a wide range of quality on demand TV programmes via our seven day scroll back guide and within the bespoke player, offering a flexible and easy-to-use TV experience for everyone.”

In a month where YouView’s other big addition has been Netflix, the launch of UKTV Play caps off a strong year for the broadcaster, which now enjoys a 9 per cent share of the British commercial broadcasting market. This year, the 10 channel network has invested heavily in original commissions, including, Crackanory and new series Storage Hunters UK, which premiered to over a million viewers last month. 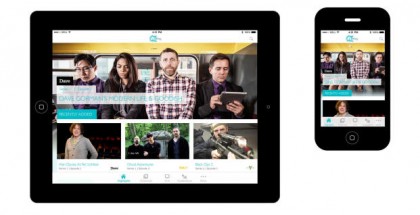