Twitch and Blizzard team up for esports events | VODzilla.co | Where to watch online in UK

Twitch and Blizzard team up for esports events

Twitch and Blizzard have inked a major new deal that will give the social video platform the rights to the developer’s esports events.

The agreement gives Twitch the third-party rights for streaming many of Blizzard’s biggest esports events worldwide for the next two years, as well as securing special game content for Twitch Prime subscribers.

Twitch users can look forward to watching and interacting with top-tier competitive gaming content from Blizzard. In addition, Twitch Prime gamers will rake in several stellar perks for their favorite Blizzard games.

Twitch Prime members in over 200 countries and territories will also get special in-game loot and deals for Overwatch, Hearthstone, and Heroes of the Storm.

From now until 10th August, current and new Twitch Prime members will receive a Golden Loot Box for Overwatch, containing a guaranteed legendary item for one of the game’s heroes along with three additional in-game items, such as emotes, voice lines, or character skins. Over the coming months, Twitch Prime members will receive 10 additional Overwatch loot boxes containing more in-game content. Similar promotions will begin later this year for Heroes of the Storm and Hearthstone players.

“We founded Twitch as a gaming platform heavily based on our community’s reaction to games like Blizzard’s StarCraft II,” said Kevin Lin, COO, Twitch. “Since then, our large, but tight-knit community, our constantly evolving suite of interactive features, and a native emote-driven chat language celebrated by viewers enable us to support and grow Blizzard esports in a manner that best serves our collective fans. This includes providing Blizzard fans with exclusive in-game content for those who subscribe to Twitch Prime, another defining and cherished component of our brand.”

“We’ve had great experiences and a long history of working with Twitch, and we’re thrilled that this landmark agreement with them will help us bring some of the most exciting esports action in the world to Twitch fans and everyone who follows Blizzard esports,” said Frank Pearce, chief product officer and co-founder of Blizzard Entertainment. “Our esports communities are vital to us. We know there are millions of people out there who love Blizzard esports as much as we do, and we’re committed to making sure they’ll be able to cheer on their favorite players in all of their favorite Blizzard games for a long time to come.”

Twitch to stream classic episodes of Doctor Who this summer... May 29, 2018 | Staff Reporter 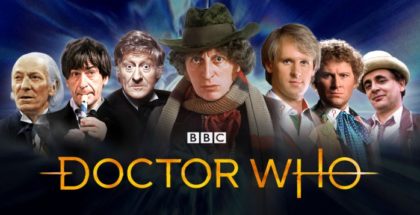