First look: Devils returns to Sky Atlantic for Season 2 | Where to watch online in UK | How to stream legally | VODzilla.co

Devils will be back on Sky Atlantic for a second season and new images give us a first look at the financial thriller’s return.

The photos show the two protagonists played by Alessandro Borghi and Patrick Dempsey, as they reprise their roles as Massimo Ruggero and Dominic Morgan.

Devils is a tale of power set in the world of global finance produced by Sky Italia and Lux Vide in collaboration with Sky Studios, Orange Studio and OCS. Based on the bestseller The Devils by Guido Maria Brera (published by Rizzoli) and told through fictional characters and fragments of reality, the series tells the story of the silent war affecting the Western world over the last decade. An underground war fought with the most powerful of weapons: finance.

Four years have passed since Massimo Ruggero attempted to thwart Dominic Morgan’s plan, but he paid a high price. Massimo, now NYL bank’s new CEO, has appointed a group of Chinese investors to the board who are waging a silent war against the United States to rule over the tech sector. Acquisition after acquisition, Massimo will discover a pattern where the data of millions of people is collected, used and fought over by the two sides. Becoming NYL’s strongest opponent is Massimo’s old mentor: Dominic Morgan. Progressively Massimo becomes aware of this silent battle, but it will be in 2020 when the global pandemic hits that this war will come into the light and Massimo will finally have to choose which side to take.

Alongside the two leading actors are Malachi Kirby (The Race, Roots), Pia Mechler (Everything Is Wonderful), Paul Chowdhry (Live at the Apollo, Swinging with the Finkels) and Harry Michell (Yesterday, The English Game), playing the Pirates, Massimo Ruggero’s most loyal team of traders, and Lars Mikkelsen (The Killing, Sherlock, House of Cards) as Robert Duval, the founder of Subterranea. Joining the wider international cast for the second season are Li Jun Li (Damages, Minority Report, Wu Assassins) playing Wu Zhi, NYL new head of trading; Joel de la Fuente (Law & Order, The Man in the High Castle) as Li Wei Cheng, Chinese investor member of the board of directors of the NYL; and Clara Rosanger (The rain, Il concorso) as Nadya Wojcik., Dominic’s brilliant new protégée.

In the UK, Ireland and Italy, the series will launch on Sky Atlantic and will also be available on streaming service NOW. Production is now underway and filming will continue in Rome and London. 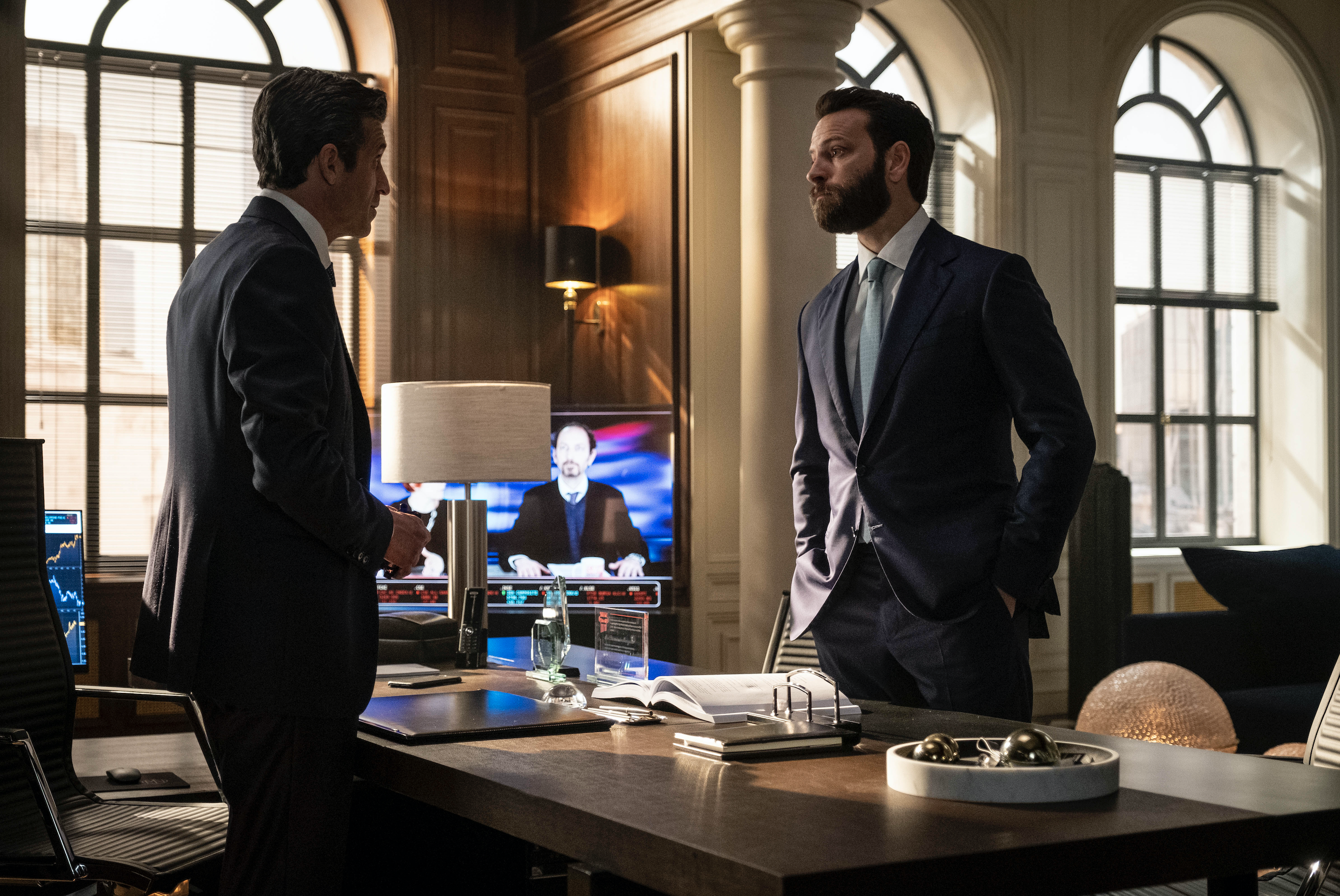 Patrick Dempsey and Alessandro Borghi will star in Sky’s Devils, and a new trailer gives us a first look at the duo in action.

The Sky original production sees Borghi (The First King: Birth of an Empire, Suburra) and Dempsey (The Truth about the Harry Quebert Affair) team up for a story about finance, power and disenchantments. Borghi is Massimo Ruggeri, the ruthless and ambitious Head of Trading of one of the most important investment banks in the world, the New York – London Investment Bank (NYL); Patrick Dempsey plays Dominic Morgan, one of the most powerful men in global finance, Massimo’s mentor and CEO of the bank. Their deep bond, however, begins to crack when Massimo gets involved in an inter-continental financial war, due to Dominic’s hidden agenda. Eventually, the Italian Head of Trading will be forced to choose between standing behind his mentor or stopping him.

The series, based on Guido Maria Brera’s bestseller I Diavoli, is a Sky Italia and Lux Vide production financed by Sky Studios, in collaboration with Orange Studio and OCS. NBCUniversal Global Distribution holds the international rights.

Devils will debut on Sky Atlantic and NOW in the UK this summer. Here’s the trailer: