Trailer: Netflix short celebrates immigration in Out of Many, One | VODzilla.co | Where to watch online in UK

Trailer: Netflix short celebrates immigration in Out of Many, One

“I hereby declare on oath I will support and defend the Constitution against all enemies, foreign and domestic.” That’s the sound of someone swearing the oath of citizenship in the USA, a country made up of people coming to America to form a united nation. And it’s that tradition and identity that Netflix is celebrating in its new short documentary.

It takes its title from the national motto, “E Pluribus Unum”: Out of Many, One. And, with one in five of the world’s immigrants choosing the USA as their new home, it follows five immigrants who are on their journey to obtain US citizenship,. The film depicts some of the many threads that continue to weave the tapestry that is America, which, true to its founding identity, the United States is still a nation of immigrants.

Currently facing a time of deep political, social, and cultural divide, immigration itself has become a divisive issue. The Netflix original film illustrates how a common understanding of our shared history and US democracy is essential to constructive debate, informed civic participation and shaping a new class of American citizens to be eager stewards of our democracy and how one organisation has used their mission to help pave the way, with a little help from Supreme Court Justice Ruth Bader Ginsburg.

Directed and produced by John Hoffman and Nanfu Wang, the short launches globally on Netflix on Friday 12th December, joining such powerful short documentaries as Extremis and The White Helmets. Here’s a trailer for the pertinent piece of cinema – or, for more on what’s coming soon to Netflix UK in December, click here.

Out of Many, One is available on Netflix UK, as part of an £8.99 monthly subscription. 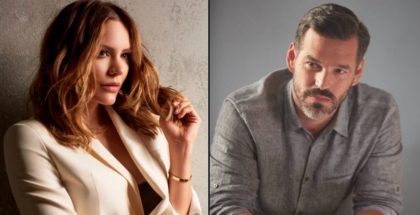