Trailer: Netflix doubles up for The Honeymoon stand-up special | Where to watch online in UK | How to stream legally | VODzilla.co

Trailer: Netflix doubles up for The Honeymoon stand-up special

First comes love, then comes marriage, then comes The Honeymoon. While for most couples that means a trip away to somewhere exotic for some alone time, for Natasha Leggero and Moshe Kasher, it means something else entirely: a stand-up special on Netflix.

In a first-of-its-kind, the three-part Netflix Original comedy special, the married comedians take the stage to perform their own individual sets sharing their terror and reluctance on becoming new parents. Natasha wonders why we even need men at this point and how women suddenly have all the power, while Moshe recalls a visit to a sex shop his mom took him on to get him ready for puberty.

We roast the ones we love, they argue, and therefore come together for the final part to roast some unsuspecting couples in the audience on love, life and the things that annoy them about their spouse.

Nothing is held back by the couple, who filmed their special at The North Door in Austin, Texas. You can see the end result on Tuesday 17th April, when The Honeymoon special premieres on Netflix. 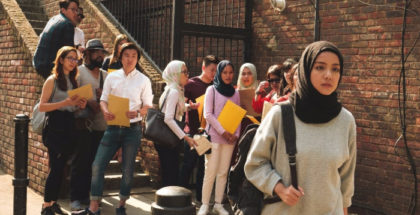