Trailer: Natalie Dormer stars in BBC Two's Picnic at Hanging Rock | Where to watch online in UK | How to stream legally | When it is available on digital | VODzilla.co

Picnic at Hanging Rock returns to our screens this July, and BBC Two has unveiled our first proper look at the new series.

Starring Natalie Dormer, the six-part drama is a penetrating reimagining of Joan Lindsay’s iconic Australian novel. First published in 1967, the story follows three adolescent girls and their governess, who mysteriously go missing in the Australian bush after a sunny Valentine’s Day picnic in 1900. The series explores the far-reaching impact of their disappearance on the students and staff of Appleyard College, as theories start to circulate, paranoia sets in and long-held secrets surface – and the rock exerts its strange power over those around it.

Adapted by Beatrix Christian and Alice Addison, the adaptation taps into our fear of the unknown, dissecting issues of repression and sexuality, freedom and suffocating respectability, and notions of nationhood and identity – the old world against the new, nature versus order.

Natalie Dormer says: “I’m excited that the BBC Two is bringing this magical reimagining of an Australian classic to the UK audience. It’s is a collaboration of which I’m very proud to be a part.”

Sue Deeks, BBC Head of Programme Acquisition, adds: “This stylistically bold and atmospheric take on Picnic At Hanging Rock – led by one of Britain’s most exciting actors, Natalie Dormer – will be irresistible both to fans of the classic novel and to those coming to this mysterious story for the first time.”

“Picnic at Hanging Rock gets the gothic treatment in this beatiful new TV adaptation that isn’t afraid to fashion its own identity,” we wrote in our spoiler-free review of the series at the Berlin International Film Festival. (Read the full thing here.)

VOD film review: I Got Life! 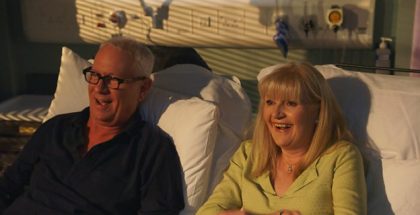