First look: Victoria returns to ITV for Season 3 | VODzilla.co | Where to watch online in UK | How to stream

Victoria returns to ITV this weekend for a third season, and we’ve got our first look at what’s in store for the royal drama.

The show’s third run once again sees Jenna Coleman reprise her role as the young Queen, alongside Tom Hughes as Prince Albert. Starting in 1848, the third instalment of the drama depicts a turbulent and uncertain time for both Europe and the monarchy. With revolutions on the continent and the Chartist movement reaching its peak in London, Victoria is under pressure from the government to leave London for her own safety.

Produced by leading drama indie Mammoth Screen as a co-production with Masterpiece, and created by writer and producer Daisy Goodwin, Season 3 begins with Victoria heavily pregnant and shocked by the unexpected arrival of her half-sister, Feodora, and the deposed King of the French, while the Chartist movement threatens the monarchy and Victoria must confront the fact that her people may wish to end her reign.

Season 3 premieres at 9pm on Sunday 24th March on ITV, with new episodes airing weekly for eight weeks. Watch the trailer below. Never seen Victoria? Season 1 and 2 are available on Sky Box Sets until 31st March 2019. Don’t have Sky? It’s also available to watch online in the UK through NOW, a contract-free streaming service that gives you access to Sky Atlantic, Sky Living, Sky 1, FOX UK and other pay-TV channels, for £7.99 a month – with a 7-day free trial. Read our spoiler-free review of the series here, or hit the button to start watching. 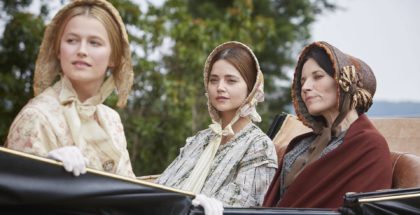 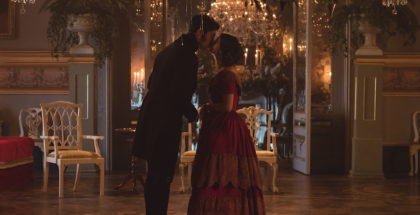