Trailer: Democrats gets VOD release in the UK | Where to watch online in UK | How to stream legally | When it is available on digital | VODzilla.co

Trailer: Democrats gets VOD release in the UK

Democrats has been released on digital platforms in the UK.

Camilla Nielsson’s documentary, which won Best Documentary Feature at this year’s Tribeca Film Festival, is now available to watch online in the UK, after screening at Sheffield Doc/Fest last month.

The film follows two political enemies – MP Paul Mangwana (ZANU-PF) and MP Douglas Mwonzora (MDC) – who are appointed to lead Zimbabwe through the process of writing a new constitution. In 2008, the two men opposed each other in one of Africa’s bloodiest elections. Today, they are still political enemies but united in the ambition to make history by reforming Zimbabwe into a modern democracy.

It us the ultimate test that will either take the country a decisive step closer to democracy and away from President Robert Mugabe’s dictatorship – or toward renewed repression. In a country with little respect for human rights, impeded by economic sanctions from the international community, and hyperinflation running rampant – failure is not an option.

The movie was released by Dogwoof this week and is now available to rent or buy on Amazon Instant Video, Google Play, iTunes and Dogwoof TV. You can watch the trailer above. 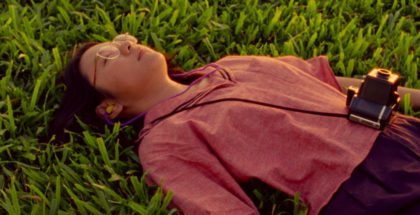